Bajaj Pulsar 250 comes in two variants - N250 and F250. While the former is a naked street version, the latter is a semi-faired model with a slightly different design and clip-on handlebars.

Bajaj Auto recently made one of the biggest announcements for the year with the introduction of the new Pulsar 250. The new quarter-litre Pulsar carries the torch forward and leads the charge for the range. It is a big update after the previous Pulsar NS200 platform was introduced by Bajaj almost nine years back. Interestingly, Bajaj claims that every bit that has gone into the Pulsar 250 is new, but it still comes built on the same typical Pulsar DNA that has ruled hearts worldwide. I was recently invited to Pune for a quick test ride on the new Pulsar 250 twins and here is what I found.

The Pulsar 250 has matured gracefully and turned more modern when compared to all the pre-existing bikes in the range. It comes in two variants - N250 and F250. While the former is a naked street version, the latter is a semi-faired model with a slightly different design and clip-on handlebars. Both the iterations of the new Pulsar 250 look different on the outside but expect for that, the rest of the details remain the same.

The Pulsar 250 has been given a full LED lighting package including reversed LED boomerang-shaped DRLs, front LED projector headlamps and LED taillights as well. In addition, the bike has also received a USB charging socket which is very conveniently placed near the front section of the fuel tank and is covered by a flap that has a very tactile feel to it. 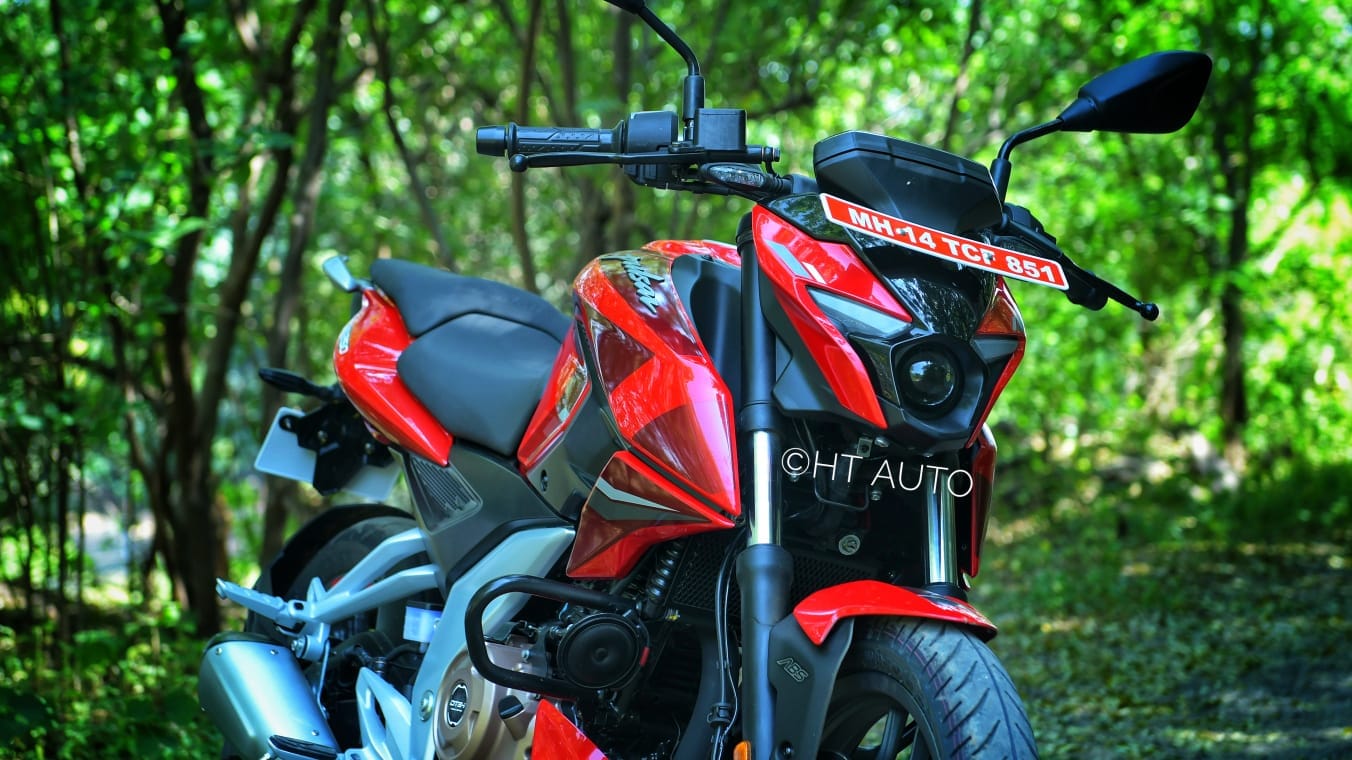 The Pulsar 250 has been given a full LED lighting package including reversed LED boomerang-shaped DRLs, front LED projector headlamps and LED taillights as well.

The company has taken care of even the minutest of details on the new bike as everything is packed tightly and put together very well. The vision of making the new Pulsar the best is also reflected via the fact that it uses a new GFN (Glass Filled Nylon) structure for the body panels which in turn holds them together without producing any body vibrations, unlike the previous bikes that used conventional caged structure for panels, which was also heavier.

The new Pulsar comes with floating panels effect throughout the body which gives it a very premium look. Also, the split seats are very thoughtfully designed and come embossed with Bajaj branding. Both the new Pulsars are available in two colour schemes which look equally intimidating and premium. The Pulsar 250 uses a semi-digital console which Bajaj likes to call the Infinity display.  It is common on both the new Pulsar models.

What's also common on the new Pulsar 250s is the use of the semi-digital console which Bajaj likes to call the 'Infinity display'. This unit comprises a middle-placed analog tachometer which is accompanied by a digital unit towards the right side. This unit is capable of displaying all the necessary information in a clear and uncluttered format. Also, the information is visible irrespective of the surrounding brightness levels.

At the heart of the Pulsar 250 sits a brand new 250 cc single-cylinder, 2-valve, oil-cooled engine. This powertrain puts out 24.5 bhp of maximum power and 21.5 Nm of peak torque. It comes with a 5-speed constant mesh transmission. Bajaj has informed that it didn't want to increase the cost of the overall product which is a key highlight and hence opted for a 5-speed unit instead of a 6-speed gearbox.

The company has used an offset crank and a counterbalancer to keep the vibrations at bay. And this seems to have done wonders to the overall refinement of the engine. Bajaj Pulsar 250 uses a new GFN (Glass Filled Nylon) structure for the body panels which in turn holds them together without producing any body vibrations.

Tap the starter on and the engine comes to life with a heavy base exhaust sound which Bajaj claims has been achieved using a special configuration on the end cans of the exhaust. Though the powertrain is all-new and uses new fresh internals, the performance and the way power is delivered has a typical Pulsar feel to it. Bajaj claims that 85% of the torque from this engine is spread across both sides of the peak. And the same is also evident in the way this output is delivered on the road. The overall torque is very linearly spread and available throughout the rev range. Though the Pulsar 250 might not be the outright sportiest offering in the lineup, it is definitely the smoothest one. There are no vibrations even when you are squeezing out the last drop of power or hitting the top speed which is around 130 kmph. Another highlight of this setup is its 5-speed transmission which is slick and precise. And one of the most accurate transmission units produced by Bajaj till date. 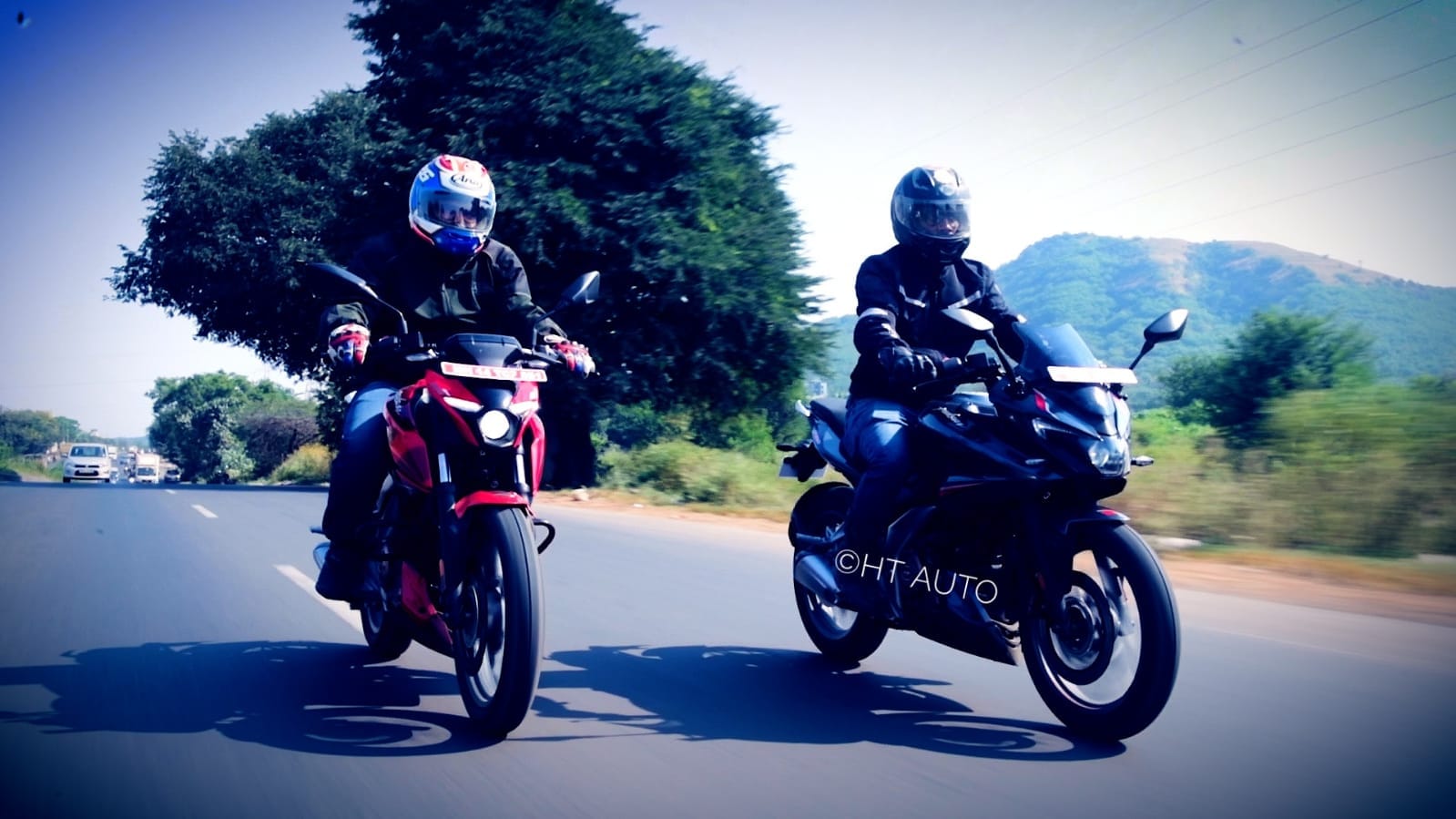 At the heart of the Pulsar 250 sits a brand new 250 cc single-cylinder, 2-valve, oil-cooled engine. This powertrain puts out 24.5 bhp of maximum power and 21.5 Nm of peak torque.

The new Pulsar 250 is built for the road. It offers a very natural riding stance with fairly upright riding geometry and slightly pushed-back footpegs. The seats again are nicely padded and the overall riding is complemented by its suspension setup that has been tuned to soak up all the undulations without any drama.

The front rolls on a telescopic fork while the rear features a monoshock unit which is a big update considering the previous 220F used to feature twin-shock absorbers. The setup keeps the ride planted irrespective of the road conditions and also the overall kerb weight (162 kg/164 kg) keeps the overall riding dynamics feel light.

At 795 mm of seat height, the Bajaj Pulsar 250 is a fairly comfortable bike to be used every day. The seat offers ample support for the rider and the fact that there are no vibrations felt from the handlebar, footpegs, or any of the body panels, makes it one of the most refined models to be launched by Bajaj to date. Also, its ground clearance stands at 165 mm which makes it a very practical offering for everyday users. 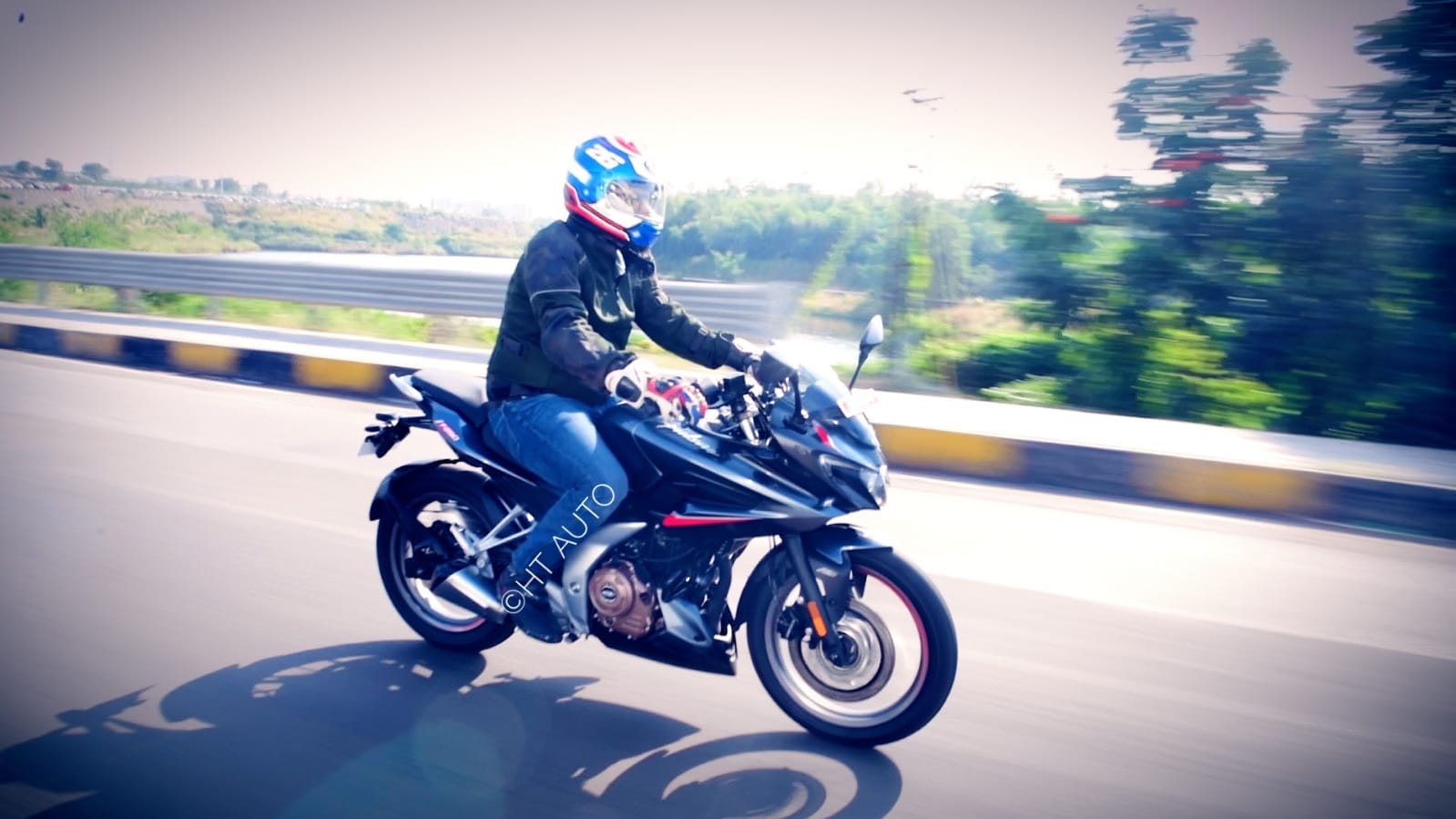 The new Pulsar 250 is only marginally costlier than the previous models, yet far superior in terms of ride quality.

2021 Pulsar 250 comes out as a very well-engineered, and thoughtfully put together product. It not only builds on the strength of the previous Pulsar models but takes forwards the traits, in the best possible way. The fact that at ₹1.38 lakh (ex-showroom, Delhi), the new Pulsar is only marginally costlier than the previous models, yet far superior in terms of ride quality, makes it the best Pulsar yet.