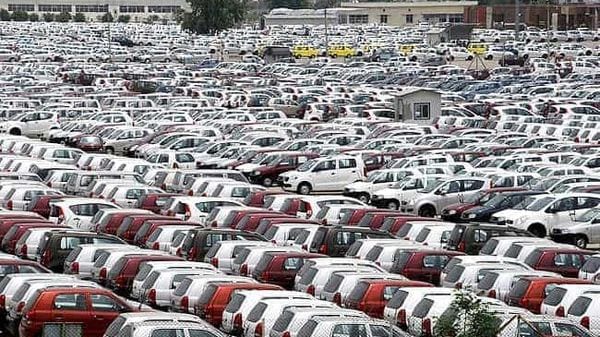 File photo of cars in Maruti Suzuki plant in IMT Manesar in Gurgaon used for representational purpose only.

Maruti Suzuki India has witnessed a 13 per cent year-on-year growth in wholesales through 2021 as the company dispatched 13.97 lakh units to dealers during the period as against 12.14 lakh units in the year-ago period. However, in the month of December last year, the company reported a four per cent fall in total wholesales which stood at 1,53,149 units.

Maruti Suzuki's utility vehicles such as Vitara Brezza, S-Cross and Ertiga rose five per cent to 26,982 units during the period as compared to 25,701 vehicles in the year-ago month. Its exports saw a two-fold jump to 22,280 units as against 9,938 units in the corresponding month last year.

Maruti Suzuki is cautious yet optimistic about business in 2022 with pending orders stretching to over 2.3 lakh units, the company's Senior Executive Director - Marketing and Sales, Shashank Srivastava told PTI. "With the supplies improving month-on-month and continued response from consumers, we are optimistic about the next year," he said.