Home Auto News Skoda Kushaq Makes It A Jolly Good 2021 For Czechs In India. Here's How

Skoda Kushaq makes it a jolly good 2021 for Czechs in India. Here's how

Skoda Kushaq was launched in July and has quickly become the hottest-selling Skoda in India.Skoda is now readying Slavia premium mid-size sedan for the Indian market.
By : HT Auto Desk
| Updated on: 02 Jan 2022, 09:33 AM 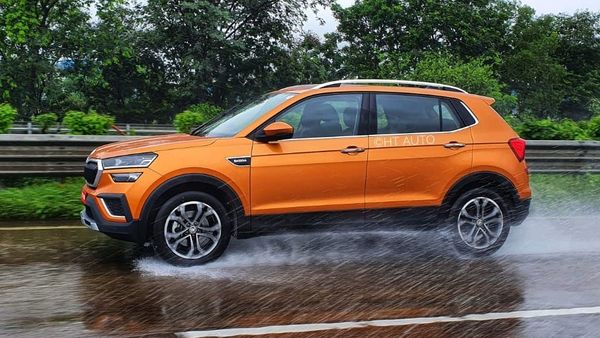 Skoda Kushaq has emerged as a power player for the company in the Indian market.

Skoda Kushaq made its global debut in India in 2021 and, on expected lines, became the best-selling Skoda here soon after. Powering the Czechs through the calendar year, Kushaq mid-size SUV helped Skoda clock annual sales of 23,858 units in all of 2021, up by 130% when compared to 10,387 units sold in 2020.

Kushaq has able to establish itself as a key player in the mid-size SUV space and a formidable Skoda offering and has a 60% contribution to the company's total 2021 sales in India. Launched on July 9, Kushaq has had a 75% contribution in Skoda's overall sales in the country since. In December, Skoda sold a total of 3,234 units which is once again significantly higher than 1,303 units sold in December of 2020 with a large chunk being Kushaq units.

Zac Hollis, Brand Director at Skoda Auto India, highlights that his team will reflect on 2021 as a key year in its India expansion plans. “For the entire team at Skoda Auto India, 2021 signifies a year of achievement and resilience," he said, adding that Kushaq has allowed for a new phase of growth for the company here. “Despite the headwinds in the form of the pandemic and supply constraints that plagued the industry and economy at large, we have achieved triple digit growth in our annual sales volumes."

The headwinds are likely to remain with the number of Covid-19 cases on the rise in India. The global shortage in semiconductor chip too is a worry that is being carried forward and into 2022. But Skoda is still going ahead with its product plans for now and has its eyes firmly set on the Slavia mid-size sedan.

Slavia could be a bit tricky because it will make its debut in the rather nonchalant sedan space. Unlike Kushaq which has also managed to taste success because of the growing preference for SUV body type, Slavia will have to underline its premium credentials to find favour among buyers. In a previous interaction with HT Auto, Hollis had said that it is because the sedan space hasn't seen new launches is why the segment has been rather dull. He had expressed confidence that this is what Slavia will address. “I would be happy if I am able to sell 3,000 units of Slavia each month," he had said.

Slavia launch is expected to take place in March.