Tesla Model 3 is now the second-most selling car in UK, beats many heavyweights 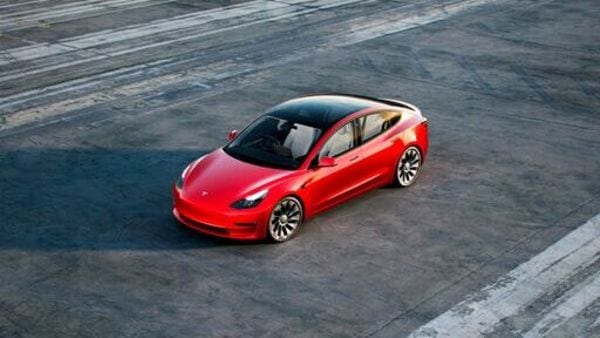 Model 3 is the best-selling Tesla in markets across the world.

Tesla Model 3 is the best-selling electric vehicle in many markets where the model is available for purchase. But the Model 3 is fast posing a threat to even cars with internal combustion engine and this was evident in the UK car sales' figures for 2021 revealed recently. While the best-selling car here for the year was the Vauxhall Corsa, Tesla Model 3 took the second spot.

Model 3 is currently the most affordable Tesla anywhere in the world and is also the best-selling product from the US EV maker. While it has firmly had the crown on its head among electric vehicles at large, it is now also finding itself on the podium in the competition against passenger vehicles at large.

And it is no small feat.

In the UK in 2021, Model 3 beat some very popular models like Volkswagen Polo and Golf, Ford Fiesta and Puma, Kia Sportage and Toyota Yaris in terms of units sold. Data from the Society of Motor Manufacturers and Traders (SMMT) showed that while 2021 was a booming year for battery-powered cars in the UK - 190,000 EVs were sold here, Tesla Model 3 became the first EV to enter the top-10 for overall sales.

According to Guardian, the overall sales of cars in the UK in 2020 and 2021 was lowest since 1992 due to variety of factors such as chip shortage and the pandemic. But that hardly takes much away from the fact that Model 3 is finding more and more takers in the UK as motorists here increasingly look at battery-powered options.

Tesla has a mammoth lead over rivals in the EV space the world over and is in no mood to cede even an inch. Model 3 is the power player but CEO Elon Musk has previously confirmed that Tesla is working on a more affordable product that, experts say, could not only help the company tap newer markets but further galvanize sales volumes.