The gap between the satisfaction level of ICE cars and EVs are just eight points compared to before.
By : HT Auto Desk
| Updated on: 03 Aug 2022, 12:06 PM 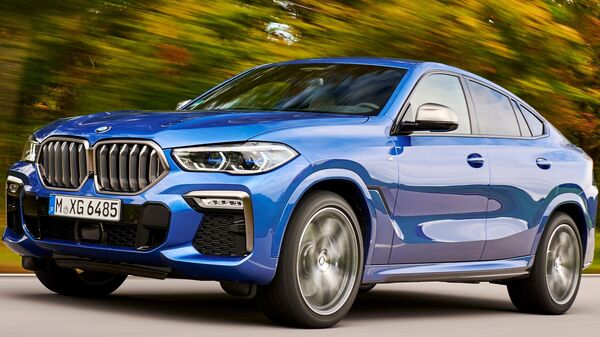 BMW X6 is the most satisfactory model, as the study revealed.

Owners of petrol and diesel cars are less satisfied than before. Also, the gap between the satisfaction level of fossil fuel vehicle owners and electric vehicle owners is shrinking significantly, reveals a study by J.D. Power. The study claims that the gap is now just eight points on a 1,000-point scale between the ICE and EV owners.

(Also Read: Toyota Fortuner has a new variant, and is the Leader of the pack)

The research points out that this drop in satisfaction level of fossil fuel-powered vehicle owners is a natural result of the very high fuel prices in the United States. To simplify, the more the owner pays for fuel, the less he or she is satisfied with the vehicle in general.

Electric vehicles on the other hand are not facing the same problem, which explains the smaller gap in satisfaction between the two types of vehicles. The study also claims that the drop in satisfaction with ICE-powered cars contributes to a decline in overall new-vehicle satisfaction for the first time since 2014.

David Amodeo, director of global automotive at J.D. Power, said that the most important factor leading to the industry decline this year is owners’ perception of their vehicle’s fuel efficiency. "The study was fielded as fuel prices were experiencing a meteoric rise, and that pinch at the pump is conveyed in lower vehicle satisfaction. Battery-electric vehicles have not been negatively affected by the increase in fuel costs but do have issues related to battery range and charging time," he further added.

In terms of brand-wise satisfaction level, Porsche leads the chart with 888 points out of 1,000. The German car brand is followed by Genesis (886) and Cadillac (885). Model-wise, the BMW X6 is the highest-ranked individual car with the most satisfaction.