New 2023 BMW M4 CSL teased ahead of official debut: What to expect 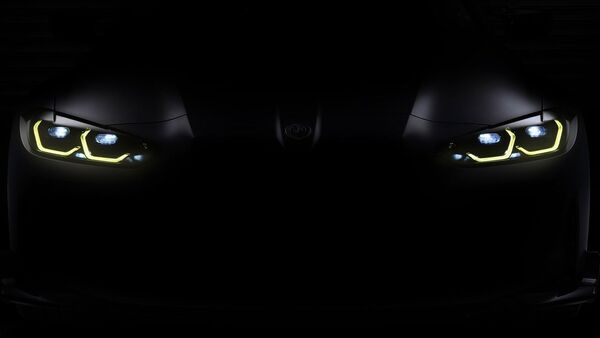 The new BMW M offering will be carrying the iconic CSL moniker.

The upcoming BMW M4 CSL has been officially teased in official images recently. The new M offering will be carrying the iconic CSL moniker and is likely to make its official debut at the Concorso d'Eleganza on May 20th. It will come out as a 2023 model with likely an even improved performance over the existing car.

The newly released teaser images pass a glimpse of the car's headlamps with the same yellow LEDs as found on the M5 CS. The new lights are reminiscent of the E90 M3 GTS’s circular angel headlamps. Over the back, there are LED tail lamp clusters that seem to have taken inspiration from the previous-gen M4 GTS version’s tail lamp design.

(Also Read: No shit: Your shiny BMW car may have paint made from bio-waste materials)

Apart from the lighting details, the rest of the aesthetic updates have been kept in the dark. However, expect upgrades to the car's bumpers, wheels, and overall profile including the quad exhaust at the back. The car will also sport extensive weight-saving measures to keep the overall kerb mass low. Also, expect to see some functional aero upgrades including a large wing spoiler mounted at the back.

At the heart of the new M4 CSL will sit the familiar twin-turbocharged 3.0-litre straight-six engine with an overall power output of close to 500 hp. The engine will come mated to an automatic transmission which may be the only gearbox option. Also, xDrive may be a part of the package.

More details on this upcoming BMW are likely to be rolled out soon. It will be a limited edition model and may also be introduced in India in restricted numbers.