MG Motor's ZS EV will cost ₹1 lakh more for all bookings made after January 17.The ZS EV from MG Motor takes on Hyundai Kona as the electric mobility segment in India gathers pace.
By : Shubhodeep Chakravarty
| Updated on: 23 Jan 2020, 01:17 PM 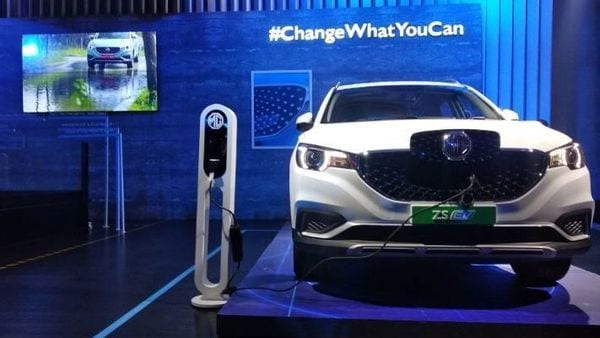 MG Motor on Thursday officially launched the ZS EV SUV in India at a starting price of ₹19.88 (ex showroom) for the Excite variant. The Exclusive variant has been priced at ₹22.58 (ex showroom). These prices are for the around 2,800 pre-launch bookings already made and for bookings after January 17, the price would be ₹1 lakh more for each of the two variants. The ZS EV will take on Hyundai Kona and the Nexon EV in India and has been launched in five cities for now - Delhi NCR, Mumbai, Bengaluru, Hyderabad and Ahmedabad. 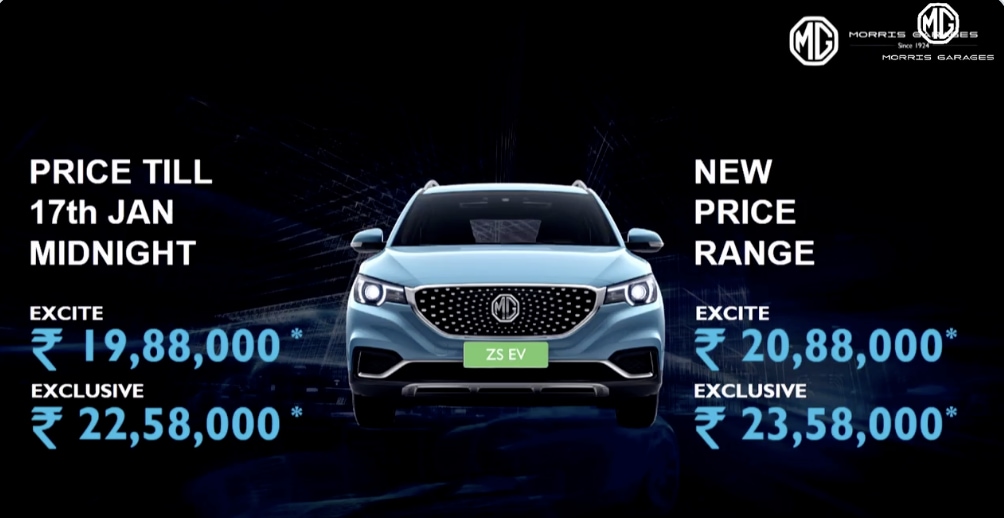 ZS EV is the second offering in India from MG Motor after the successful launch of Hector SUV in 2019. The company has also worked on trying to create a supporting infrastructure around the ZS EV and offers an eight-year warranty on the 44.5 kWh battery pack that is IP67 certified for protection against water and dust. A complimentary AC charging unit will be installed at the preferred premises of each customer while DC fast chargers are available at 10 MG dealerships across the country. Dealerships in satellite cities and towns will also have a charge set up while mobile charging units will also be deployed for 24x7 emergency services.

The ZS EV boasts of SUV proportions, a premium cabin - coupled with a skyroof which covers 90% of the vehicle's roof and a PM 2.5 filter, and a claimed range of around 340 kilometers on a single charge. The car has dimensions of 4314 mm, 1809 mm, 1620 mm (LxWxH) which makes it longer, wider and taller than the Kona. In terms of drive specifications, the ZS EV has a bit more thump with peak figures of 143 hp vis a vis 136 hp in the Kona. The Kona however has more peak torque at 395 Nm as against ZS EV's 353 Nm.

MG had previously said that it expects to sell 3,000 units of the ZS EV per annum but also recently announced that it has received over 2,800 pre-launch orders. This is more than the total sales of EVs in India in all of 2019.

(Also read: From ZS EV to Nexon EV, why electric mobility is the future)

MG is also trying to underline that buying a ZS EV is more about adopting a new, more aware lifestyle which is directed towards clean energy and mobility. There are, however, concerns about how an electric car would fare on Indian highways and if MG would be able to come true on its words of providing a robust after-sales service and service network.