Mercedes-Benz aims to use solid-state batteries in its future electric cars in order to achieve better range and lesser cost.
By : HT Auto Desk
| Updated on: 27 Jan 2022, 04:14 PM 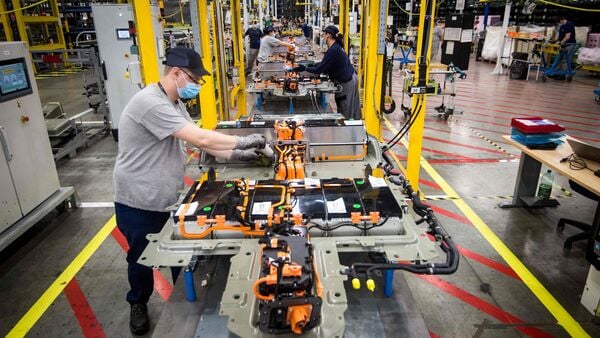 Mercedes-Benz will start manufacturing solid-state batteries in the second half of this decade.

(Also Read: Renault Nissan Mitsubishi to spend $23 billion on EVs in next 5 years)

It has also stated that Mercedes-Benz is all set to invest a high double-digit million euros and will take a seat on ProLogium's board. However, the company didn't reveal the amount of investment. The battery manufacturer further added that it will use the investment for battery technology development and to help establish production capacity in Europe.

The solid-state batteries developed by the company are expected to power a range of Mercedes-Benz electric vehicles in the second half of this decade. However, it is not confirmed yet which EVs will get these batteries.

While demand for electric vehicles is witnessing a steep rise in demand across the world, the need for improved battery technology is also increasing. Solid-state batteries are claimed to address the concern of range anxiety of EV buyers thanks to the higher energy density. Also, the solid-state battery technology is claimed to cut down battery size and weight as well enhancing the overall performance of EVs. Batteries contribute the majority of an electric vehicle's cost. Solid-state batteries are claimed to reduce the costs of EVs as well.

Solid-state batteries use thin layers of solid electrolytes, which carry lithium ions between electrodes. They are seen as a potential gamechanger for electric vehicles as they can store more energy than conventional lithium-ion power cells. Also, they can charge faster and offer greater safety than lithium-ion batteries that rely on liquid electrolytes.

Speaking about the partnership between Mercedes-Benz and ProLogium, Markus Shafer, chief technology officer at the German automaker said "Solid-state technology helps to cut down battery size and weight. This is why we are partnering with companies like ProLogium."

As the German automaker is aiming to make all of its vehicles all-electric by 2030 and catch up with EV leader Tesla it has been partnering with several battery companies. ProLogium has become the latest among them as Mercedes-Benz has already joined hands with Factorial Energy, Automotive Cells Co and Farasis Energy.