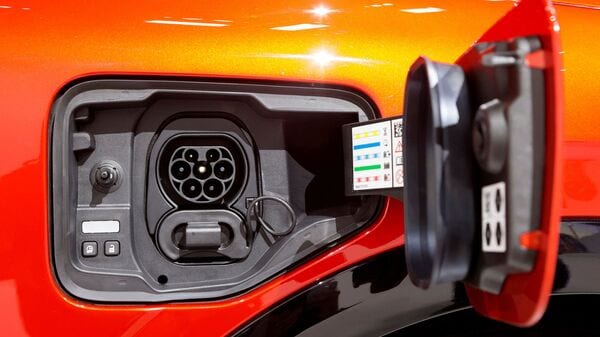 Renault Nissan Mitsubishi to spend $23 billion on EVs in next five years and share five new platforms among them to launch 35 new electric vehicles by 2030.

The Alliance of French carmaker Renault and Japanese manufacturers Nissan Motor and Mitsubishi Motors has announced its plans for electrification and roadmap to share common projects. The joint venture will invest $23 billion over the next five years to accelerate its EV push by 2030. By then, the three carmakers aim to launch 35 new EV models.

During a global digital conference today, the Alliance has announced a common 2030 roadmap on pure-EV and Intelligent & Connected mobility. Renault, Nissan and Mitsubishi will enhance usage of common platforms in the coming years to more than 80 percent of its combined 90 models in 2026. The Alliance thinks this will also help in innovations to come up with more affordable electric cars in future.

As part of the plans, the three carmakers will share five common EV platforms, the largest global offer of the industry. Mitsubishi will launch two new models in Europe, one of them based on a Renault model.

“Among the world's automotive leaders, the Renault-Nissan-Mitsubishi Alliance is a proven, unique model. For 22 years, we have been building on our respective cultures and strengths for our common benefit," said Jean-Dominique Senard, Chairman of the Alliance.

The five EV platforms to be shared were also explained by the carmakers. The CMF-EV platform is the global, flexible, EV platform. It will be on the roads in a few weeks as the base for the Nissan Ariya EV crossover and Renault Megane E-Tech Electric. By 2030, more than 15 models will be based on the CMF-EV platform, with up to 1.5 million cars produced on this platform per year.

The CMF-BEV platform is considered to be the most competitive compact electric platform in the world. To be launched in 2024, the platform promises to provide up to 400 km of range helping reduce cost by 33 percent and power consumption by more than 10 percent compared to the Renault ZOE electric model.

The CMF-BEV platform will form the base for 250,000 vehicles a year for Renault, Alpine and Nissan brands. Some of the vehicles which will based on this platforms are Renault R5 and the new compact EV that will replace the Nissan Micra.

Among the other three are the CMF-AEV platform, which is the most affordable platform in the world, will underpin the new Dacia Spring. The second platform KEI-EV (mini vehicle) is meant for ultra-compact EVs. The third one is called LCV-EV Family platform. This platform will underpin Renault Kangoo and Nissan Town Star.