Mercedes-Benz India plant in Chakan halts production. Blames it on a leopard 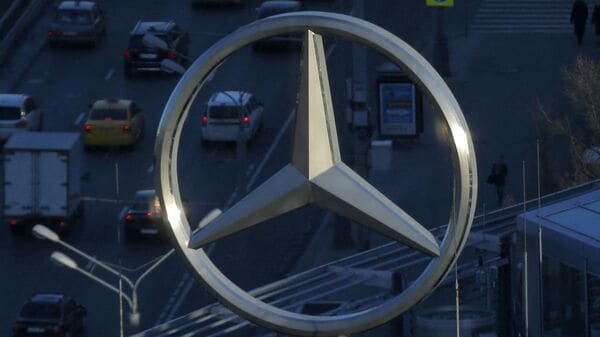 No one was harmed because of the wild animal.

Vehicle production at Mercedes-Benz India's plant in Chakan near Pune was temporarily halted by a leopard. The leopard reportedly made its way into the facility and wandered around for a few hours, causing alarm for the employees. However, the Chakan Forest Department and Wildlife SOS were informed and they rushed to the facility to rescue the leopard.

The rescue team found the leopard in the manufacturing facility hiding near piles of boxes and pallets. It was reportedly tranquillized from a safe distance and hurried off the factory. No employees of the plant were harmed during the process.

Chakan has one of the highest population densities for leopards in the world. However, this was the first time when a leopard entered the facility and interrupted its operation of the plant. This Mercedes-Benz assembling facility assembles several models for the Indian market including C-Class, E-Class, S-Class, and CLA Coupe. It also rolls out the models such as GLA, GLC, GLE, and GLS crossovers. Apart from that, the same facility has been exporting the GLC to the US since 2018.

Interestingly, this is not the first time an automaker's operation was halted due to a wild animal entering its manufacturing facility. Previously, Earlier in October 2017, a leopard on the loose entered Maruti Suzuki's manufacturing facility in Manesar in Haryana near Delhi. This disrupted the operation in the plant. The leopard was caught from the plant situated over a 600-acre land, after nearly 30 hours of a massive hunt.