Maruti Brezza and Hyundai Venue are the veteran rivals in a segment that has seen newer entrants gunning for glory.
By : Shubhodeep Chakravarty
| Updated on: 13 Jun 2022, 10:31 AM Hyundai Venue and Maruti Suzuki Brezza have been power players in the sub-compact SUV segment. Time is now ripe for the updated models to once again lead the way.

It is an enthusiastic time to be in the market for a sub-compact SUV with traditional giants Maruti Suzuki and Hyundai raring to renew a very close rivalry between two of its best-selling models in the country. While the sub-compact SUV segment has seen entry of several newer players like Kia Sonet, Mahindra XUV300, Tata Nexon and even the slightly more affordable options like Nissan Magnite and Renault Kiger, it is the Maruti Brezza and Hyundai Venue that remain at the top. Now with both of these models coming in hot with updates, it could be an intense battle that pushes all others nearer to the sidelines.

(Also read: Planning to buy an SUV? There are the three models you should wait for)

Maruti Suzuki Vitara Brezza is often credited as the sub-compact SUV that really began the craze that continues till date for options in this segment. Brezza was first showcased at Auto Expo 2016 and launched shortly after. At the time, the model was offered with a diesel engine option only but come Auto Expo 2020, the facelift model ditched diesel unit for a petrol engine. But while its looks from the outside is still fancied by many, most have termed its cabin as quite dated. The entry of newer rivals have further jaded the interior of the vehicle. Nonetheless, over seven lakh units of Brezza have been sold so far.

Brezza sales may have also been impacted to some extent by the entry of Hyundai Venue in the market in May of 2019. Looking at build on the success of Creta, Venue offered stylish looks and a feature-rich cabin. Under the hood, the option to choose between either a petrol or a diesel engine remains till date which translates into a wider target audience. But much like Brezza, Venue has also started appearing rather dated. Hyundai has sold over three lakh units of Venue so far. 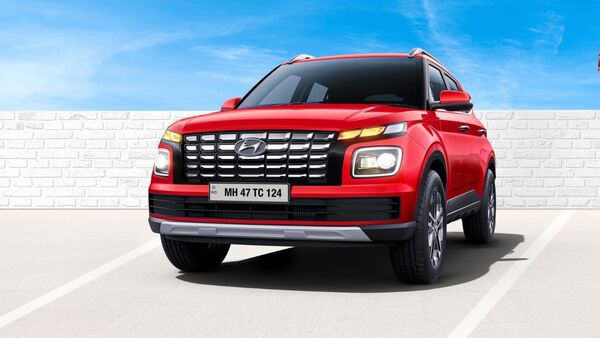 This is how the 2022 Hyundai Venue facelift SUV will look like in real world.

But for all the talk of both Venue and Brezza appearing rather mundane now changes with Hyundai confirming a July 16 launch for 2022 Venue while Maruti will launch the 2022 Brezza on July 30. Leaked images of both vehicles clearly reveal that designers have spent a lot of time giving the two models a fresh take on the outside. The Venue, for instance, will sport a new grille and a connected LED light strip between the tail light at the back. On the inside, there may be a new 10.25-inch main infotainment screen, Bose sound system, new steering wheel and a reworked center console.

Brezza too will get a plethora of design tweaks on the outside and spy shots have confirmed a change in the grille on the face which is now sleeker. The LED head light units have also been reworked while there will be a sunroof for the first time ever. The main infotainment screen now sits higher on the reworked dashboard design. There will also be a pop-out Head-up Display (HUD) which was previously seen on the updated Baleno.

While Maruti Suzuki is expected to update the new Brezza with a 1.5-litre Dual VTVT engine with mild hybrid technology, Venue will continue to offer a diesel motor along with the naturally-aspirated and turbo petrol motors.