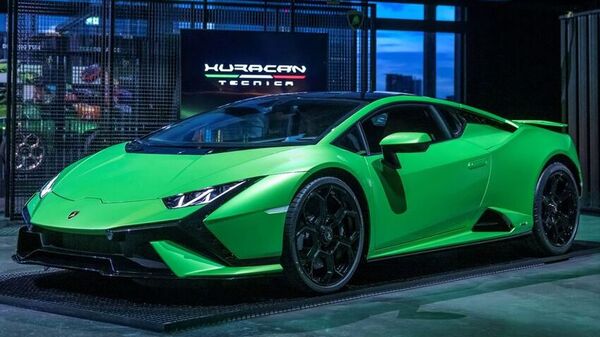 Lamborghini Huracan successor will get a bespoke hybrid powertrain.

As part of its increasing focus on electrification, Lamborghini is set to give the Huracan successor a powerful bespoke plug-in hybrid powertrain, reports Auto Express. This plug-in hybrid powertrain won't be shared with any other Volkswagen group vehicles, claims the report. The Lamborghini Huracan is fast approaching the end of its lifecycle and the Italian supercar marquee is working on its replacement.

The automaker is tight-lipped about the upcoming model, but its CTO Rouven Mohr has confirmed the unique powertrain. “Regarding the drivetrain it will be plug-in hybrid, and from the performance point of view it will again be a big step, let me say," he said. He also said that the engine will be bespoke for Lamborghini.

He further added that the internal combustion engine will get more than six cylinders and less than 12 cylinders. In that case, it would be either a V8 or a V10 engine. A modified version of the 5.2-litre V10 engine that currently works under the hood of the Hurcan seems the most likely option for the upcoming model as it is claimed to be a bespoke unit. A V8 engine is also possible but Volkswagen AG already has a twin-turbocharged hybrid V8 motor in its portfolio.

The report also suggests that the electric motor in the Huracan’s successor could significantly boost power beyond the 850 hp mark, allowing it to rival the potent Ferrari 296 GTB. Mohr also said that making this hybrid car is a challenge for the automaker.