Honda City Hybrid sedan will be locally manufactured in India and offers three drive modes which include all-electric, hybrid and engine power.
By : Shubhodeep Chakravarty
| Updated on: 14 Apr 2022, 06:42 PM 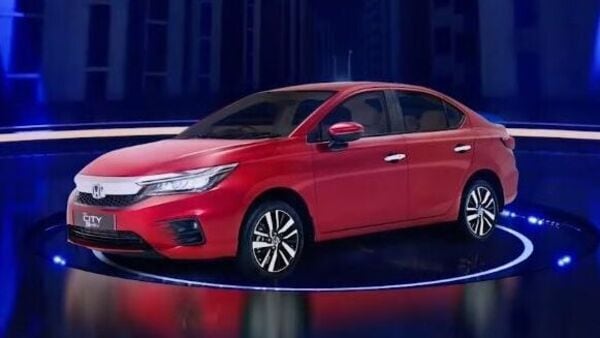 Honda City Hybrid sedan will be manufactured in India.

Honda City e:HEV Hybrid was officially unveiled for the Indian car market in India on Thursday. The Honda City Hybrid is now the most fuel-efficient mid-size sedan in the country with a stated mileage of 26.5 kms per litre of petrol. While the Honda City rivals the likes of Maruti Suzuki Ciaz, Hyundai Verna and Skoda Slavia, the City Hybrid has no direct rival as the technology isn't available in any of the competing models in the segment.

The City Hybrid from Honda has a stated mileage of 26.5 kmpl which makes it the most fuel-efficient mid-size sedan in the country at present.

The Honda City e:HEV Hybrid has two motors which are paired with its 1.5-litre, four-cylinder engine. There is 117 bhp and 250 Nm of torque for the taking. The sedan makes use of electrical energy generated through braking and self-charges the Lithium-ion battery pack without the need to manually charge the battery. The driver can also opt for three distinct levels of deceleration without having to press the brake pedal. 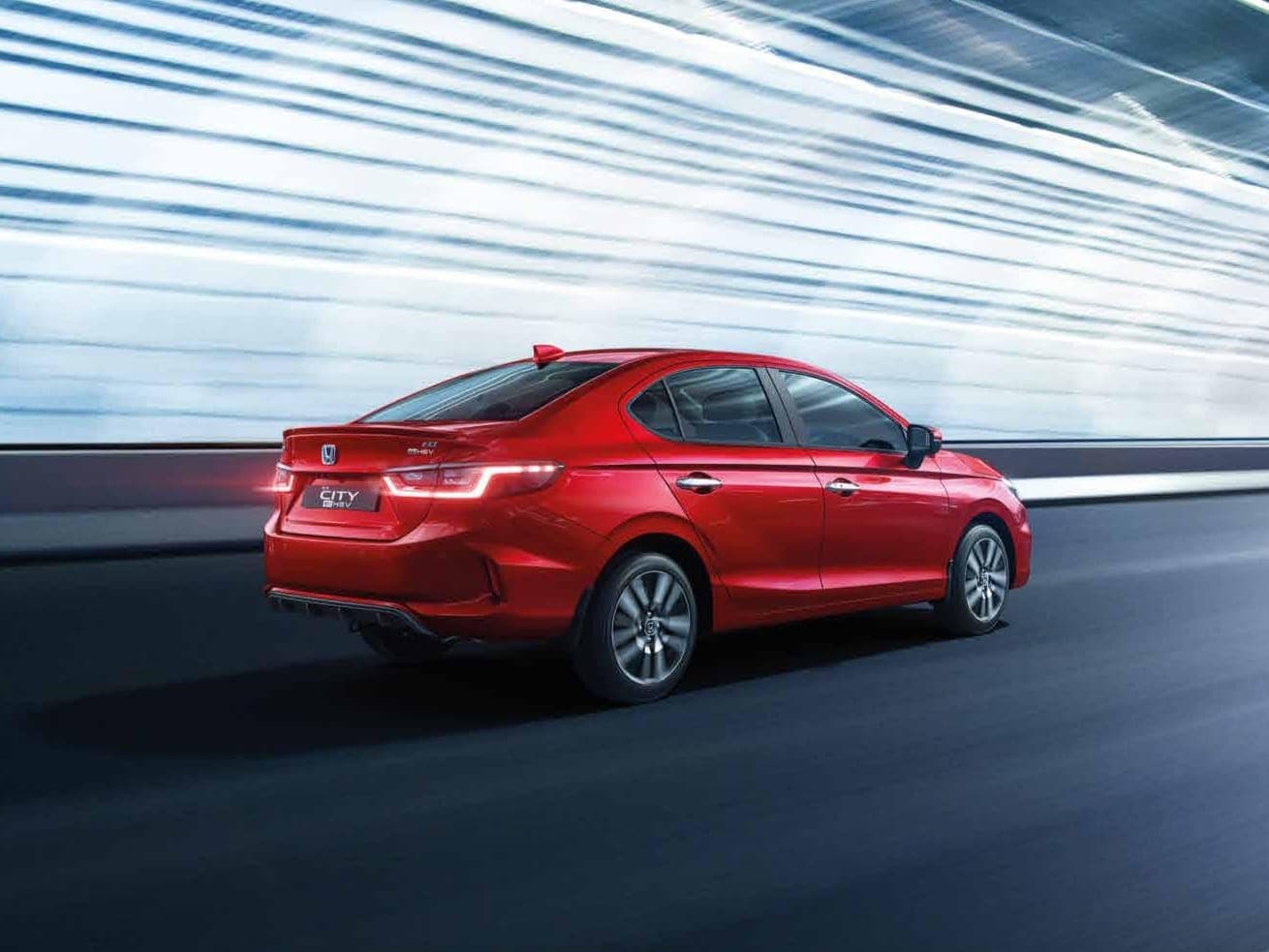 A look at the exterior profile of Honda City Hybrid sedan.

There is a new two-tone Ivory and Black colour theme inside the City Hybrid which makes use of an eight-inch infotainment system with Honda Connect and smartwatch integration. There are eight speakers all around the cabin of the car. 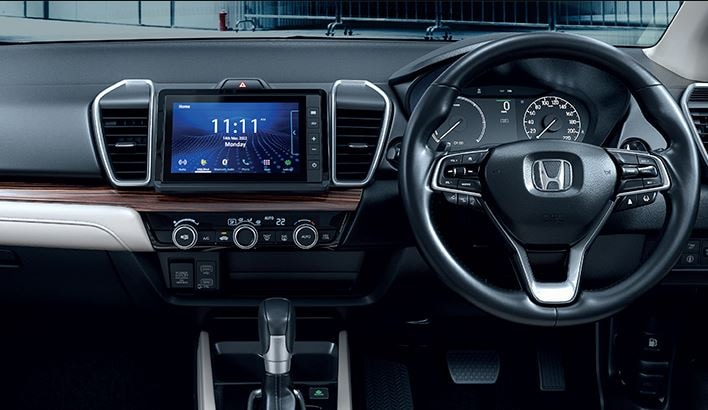 A look at the dashboard layout of the Honda City Hybrid.