Aston Martin may launch a seven-seater DBX SUV in 2021

Endless appetite for powerful and expensive SUVs among buyers, especially in China and the US, may have forced Aston Martin to consider a bigger version of the vehicle.
By : Sabyasachi Dasgupta
| Updated on: 08 Jun 2020, 02:05 PM 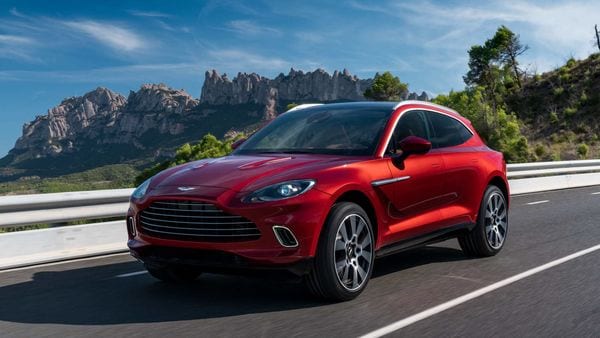 According to the carmaker, a seven-seater Aston Martin DBX could soon be launched,

Last year in November Aston Martin had launched its first SUV in its 106-year history - the five-seater DBX. In less than year, the carmaker is seriously considering a bigger version of the luxury SUV.

Aston Martin has confirmed the model line of the updated DBX crossover will be expanded in 2021. This information has been shared in Aston Martin's financial report. It says that the current global financial situation has not changed the plans of manufacturers and work on the competitor Porsche Cayenne will continue.

An endless appetite for powerful and expensive SUVs among buyers, especially in China and the US, may have forced Aston Martin to think of a bigger version of the vehicle. According to reports, two possible options are currently being considered. The first one is an elegant coupe-like version of the DBX while the second version will be an SUV with an increased base for seven seats.

The DBX may also receive a hybrid V6 developed by Aston Martin engineers, which is intended to replace the V8 from Mercedes-AMG. It was first announced for the Valhalla mid-engine supercar.

Last year, Aston Martin launched the DBX SUV with a 542-horsepower, twin-turbocharged V-8 engine borrowed from the DB11 coupe. It can generate 516 pound-feet of torque and can hit zero to 60 mph in 4.3 seconds, with a top speed of 181 mph. That makes the DBX luxury SUV faster than some of its competitors like the Rolls-Royce Cullinan, yet a bit slower than Lamborghini Urus, which can reach 60 mph in three seconds.

Aston Martin’s five-seat SUV looks vaguely similar to many other recent debuts, as if it were a composite sketch of the Ford Mustang Mach-E, the Jaguar F-Type, and the Urus. But it packs distinctive air vents in the hood, sculpted sides, and a rear end stacked up high in the back, with a small roof spoiler and a curved line of taillights swooping across it. A full-length panoramic roof floods the interior cabin with light.