Aston Martin joins the ranks of luxury SUVs with $189,000 DBX 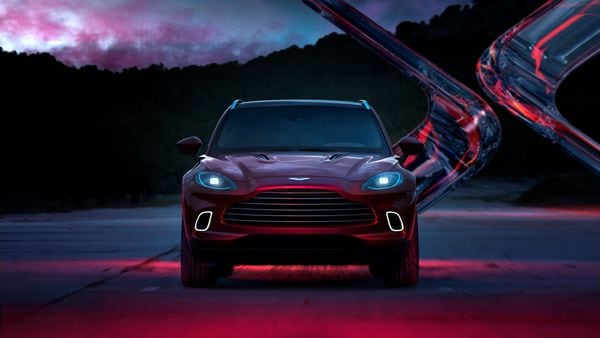 (Bloomberg) -- This week at dual events in Los Angeles and Beijing, Aston Martin unveiled the first SUV in its 106-year history.

The $189,000 DBX, one of the last luxury-brand SUV models to hit the market, jumps into a race of automakers intending to capitalize on buyers’ seemingly endless appetite for powerful and expensive SUVs, especially in China and the U.S. It will compete against Bentley’s $165,000 Bentayga and Rolls-Royce’s $325,000 Cullinan on the high-end side; on the sportier side, Lamborghini’s $200,000 Urus and Porsche’s $126,500 Cayenne Turbo.

DBX sits square in the middle of this set with a 542-horsepower, twin-turbocharged V-8 engine borrowed from the handsome DB11 coupe. It gets 516 pound-feet of torque and will go zero to 60 mph in 4.3 seconds, with a top speed of 181 mph. That beats some of the competition but not all: It’s faster than the massive Cullinan, though not as quick as the sexy Urus, which can reach 60 mph in three seconds.

Watch as we reveal our first luxury SUV to the world.

The DBX comes at a critical time for the Gaydon, England-based brand, whose shares are down 60% in 2019 amid a challenging sales environment and Britain’s Brexit woes. In September it secured $150 million in new financing at a high 12% interest rate; it can bring in an additional $100 million if it records 1,400 DBX orders within nine months of the first payout.

Aston is hoping DBX will balance out and bolster the million-dollar-plus limited-edition supercars it’s sold to great success recently. While the Valkyrie and Valhalla are made in minute batches for only a few hundred buyers worldwide, selling out instantly, the SUV brings the brand to the masses, relatively speaking, by appealing to the needs of a wider spectrum of buyers.

“Obviously with an SUV, you start broadening the reach of appeal for both men and women," says Aston Martin of Americas President Laura Schwab. “The real trick of this car is that it’s so sporty-looking on the outside, and it drives like a sports car, but you can’t imagine the space [inside]. It’s a blend of performance and hand-built luxury."

Aston Martin’s five-seat SUV looks vaguely similar to many other recent debuts, as if it were a composite sketch of the Ford Mustang Mach-E, the Jaguar F-Type, and the Urus. But it packs distinctive air vents in the hood, sculpted sides, and a rear end stacked up high in the back, with a small roof spoiler and a curved line of taillights swooping across it. A full-length panoramic roof floods the interior cabin with light.

A very wide “DB" grille stretches across the front of the vehicle, and frameless doors blend seamlessly into the sides, elongating the look of the car. The nine-speed automatic SUV weighs a little more than 5,000 pounds—less than a Bentley Continental GT, let alone the Bentley SUV.

The seats are trimmed in full-grain leather sourced from long-term Aston partner Bridge of Weir. A wool fabric cover is also available for the interior, as are other trims, including walnut wood and Alcantara.

The DBX’s connectivity and entertainment technologies are portrayed on a 10.25-inch touchscreen in the center console, while a 12.3-inch touchscreen sits in front of the driver. Apple CarPlay comes standard, as does a 360-degree camera system and ambient lighting that offers 64 different colors in two zones.

The 40-20-40 split-rear seats leave 54 cubic feet of trunk space when they’re laid flat. Also, in a move to help customers consider this rig for everyday use—a novel proposition for Aston Martin—it comes with an optional pet washer, so you can clean your muddy dog, as well as an available snow package that includes a heating component to warm ski boots.

The Future Is Friendly

That DBX competitors have exceeded sales estimates bodes well for Aston Martin, which, with an average price of $175,000 per vehicle across its entire product line, will double its output when DBX hits full production levels. Cullinan is on track to sell 5,500 units in 2019, vs. its original target of 3,500; Bentley has sold 4,000 to 5,000 Bentaygas since it launched in 2015.

By 2023, Aston Martin plans to churn out 14,000 vehicles annually worldwide, a number bolstered largely with the advent of the DBX. It represents a huge jump: In its century-long history, Aston has sold fewer than 90,000 vehicles total. A big focus as deliveries start, Schwab says, will be getting the dealers—typically used to selling to customers who own many expensive sports cars they may drive only on weekends—ready to handle the oncoming hoards.

Deliveries of the Aston Martin DBX start in the summer of 2020.

To contact the author of this story: Hannah Elliott in New York at helliott8@bloomberg.net

To contact the editor responsible for this story: James Gaddy at jgaddy@bloomberg.net