Hyundai Venue is a dominant player in the sub-compact SUV segment but upcoming rivals pose some degree of threat to this dominance.Hyundai's Tarun Garg backs Venue as a wholesome package and says iMT technology will further increase its popularity.
By : Shubhodeep Chakravarty
| Updated on: 03 Aug 2020, 10:05 AM 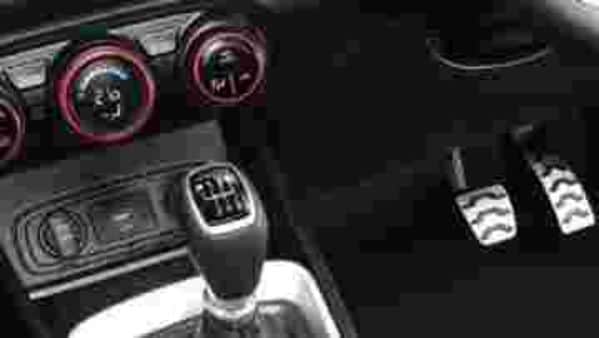 A new sports trim and iMT technology is Hyundai's way of bolstering Venue's presence in the sub-compact SUV segment.

Hyundai has been brisk in giving Venue a slew of updates from time to time to help bolster its strong performance in sales charts since it was first launched in May of 2019. It may have been more than a year since the sub-compact SUV made its debut to throw a challenge to the popular Vitara Brezza from Maruti Suzuki but it is now in a position from where newer rivals can potentially take pot shots. To possibly fend off some of these shots, Hyundai recently introduced its clutch less transmission technology called iMT (intelligent manual transmission). With it, the company is targeting enthusiasts who want the convenience of an automatic but won't want to let go off complete gear-shifting control.

Will it work - that is the big question.

In an email interview with Tarun Garg, Director - Sales, Marketing and Service at Hyundai India, told HT Auto that iMT brings the best of both worlds and is sure that it would find many takers. "Hyundai’s iMT technology is essentially a revolutionary 2-pedal system that eliminates the need for drivers to constantly use the clutchpedal as in a conventional manual transmission," he said. "With this technology the driver retains the ability to slot gears manually, thereby delivering enhanced control and retaining the joy of driving."

Garg says that the lack of a clutch will make Venue iMT even more convenient to drive in city conditions but that the gear stick will continue to keep earnest drivers engaged. "Essentially, we have aimed at capturing two aspects. First (is) the convenience of an automatic that is vital for a comfortable city drive, and second the engagement of a manual transmission that enhances driver control over the car and its performance," he said.

Hyundai may be the first off the block in India to get rid of the clutch pedal while retaining the gear stick but Kia is also readying soon-to-be-launched Sonet to feature a clutch less transmission. Garg, however, said that iMT was always on the cards for the Venue. "While the Venue was India’s first connected SUV, we had also planned to introduce the revolutionary iMT on the Venue to sync with the SUV’s technology leading image," he explained. "Further, we wanted to offer a wide array of powertrain options to drive customer delight."

Customer delight is crucial but customers now may also be spoilt further for choice. While Venue is a strong offering in its segment, the likes of Sonet and Nissan's Magnite hope to throw an open challenge to the established players. The sub-compact SUV segment is lucrative and car makers are increasingly looking at capturing a chunk of it. Garg though is not hassled by the prospect of newer challengers. "The (sub) compact SUV segment is one of the fastest growing segments in the country. Even today, customers are showing inclination towards this segment despite the current situation," he said, referring to the Covid-19 pandemic. "We are certain that Venue will continue to dominate the segment."