Kia Sonet will feature a very up to date cabin space boasting a first-in-segment 10.25-inch HD touchscreen and navigation system.The car will go on to rival the likes of other compact SUVs such as Hyundai Venue, Maruti Vitara Brezza, Tata Nexon and Mahindra XUV300.
By : Prashant Singh
| Updated on: 31 Jul 2020, 09:01 PM 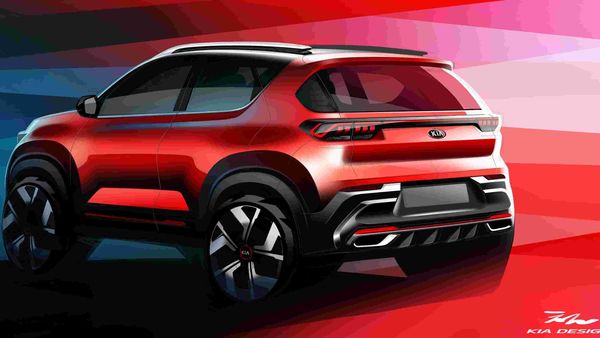 Kia Motors India on Friday announced that following the world debut on August 7, the upcoming Sonet compact SUV will be launched in India this festive season.

Sonet has already made an entry on Kia India's official web portal. The company also recently revealed the SUV in its official design pictures. Facade of the Sonet will sport Kia’s distinctive design DNA featuring iconic ‘tiger nose’ grille with a 3D ‘stepwell’ geometric grille mesh. The production-spec Sonet will be a very close adaptation of the Sonet concept which made its presence felt at the Auto Expo 2020.

As revealed in official images, on the inside, Sonet will feature a very up to date cabin space boasting a first-in-segment 10.25-inch HD touchscreen and navigation system with UVO Connected technologies. Its smooth, sweeping dashboard along with a minimalist center console will lend its interior a very classy touch.

It will feature a metallic, diamond-knurled pattern over its vertically framed air vents. Kia's new compact SUV will also come with some other promising features such as steering wheel-mounted controls, different drive and traction modes.

In a press release sent on Friday, the company said, "Kia Motors India is now all set to relay its accomplishments with the launch of Kia Sonet in the coming months. Equipped with many segment-first features along with the iconic Kia DNA, the Sonet will stand apart for its excellent design and impeccable quality. Scheduled for its world premiere on August 7, followed by the launch during the festive season, the Sonet will enable Kia Motors India to set new benchmarks in the compact-SUV segment."

When launched, the Kia Sonet will go on to rival the likes of other compact SUVs such as Hyundai Venue, Maruti Vitara Brezza, Tata Nexon and Mahindra XUV300.