Audi Grandsphere concept electric sedan seems to be spacious from inside and sleek from outside.It will get a coupe-like roofline that is curved neatly and will also gets large wheels.
By : HT Auto Desk
| Updated on: 24 Aug 2021, 01:34 PM 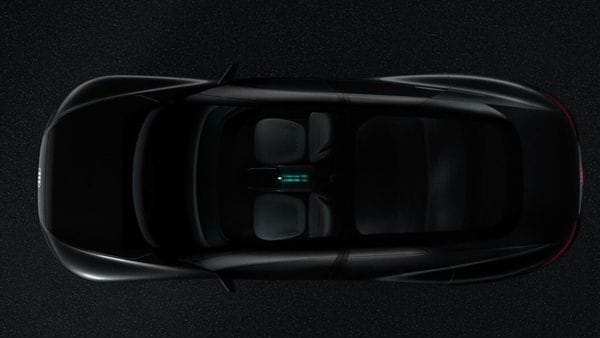 Audi has once again teased its Grandsphere EV Concept, showing a glimpse of the vehicle from the top. The second concept EV out of the three that the carmaker teased in early July, will make its world debut on September 2. In the teaser, the electric sedan seems to be spacious from inside and sleek from outside.

In the previous teaser of the Grandsphere concept, Audi had given a glimpse of the electric sedan's side with its doors open. The concept vehicle looked like a future Audi A7 Sportback in the post-ICE age. As per the first sketch of the concept teased by Audi, the sedan will feature swooping lines on the exterior and a flat face with a large signature Audi grille. It is expected to get a long hood and nicely curving shoulder line.

The previous teasers also showed the rear-opening doors creating a pillarless entry into the car. The concept has been designed with Level 4 autonomous system and will also have a steering wheel for manual control. However, it would primarily be used to shuttle occupants around without human intervention.

Get ready to experience a high-class future. The next chapter in a story of progress is about to make a grand entrance.

Out of the three concept EVs that Audi had teased in July, the Skysphere concept was recently unveiled. It is a combination of a grand tourer and a sports car as it can converted from one form to another with just the press of a button. It also has the ability to extend its wheelbase and ground clearance whenever required. It gets a futuristic electric car design, which the carmaker has said will be visible in its cars in coming years.

Apart from the Skysphere and Grandsphere concepts, the third EV concept is known as the Urbansphere EV. It is expected that Audi will unveil the third concept after the world debut of the Grandsphere concept. The three Audi EV concepts portray the three different spheres of mobility and are in line with the company's vision to go all-electric by 2026.