A recharged Audi R8 slated to arrive in 2023: Report 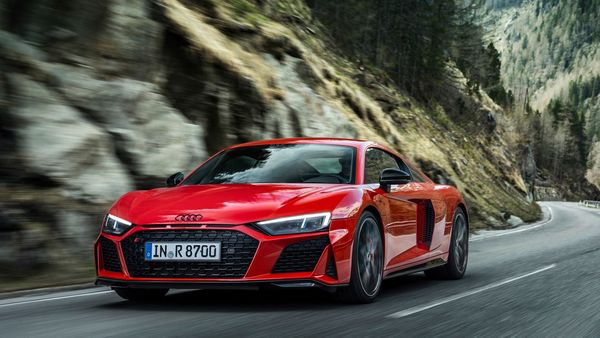 Audi R8 is likely to get a hybrid or an all-electric variant in near future.

Audi R8 is considered as one of the dream cars for many automobile enthusiasts who seek thrill via driving an exotic sports car that is practical as well. It's been a while, the Audi R8 has not received any significant update. Now, with the German luxury car marquee gearing up to refresh its lineup for a greener portfolio, the future of the mid-engined Audi sportscar looks grim. However, the carmaker is reportedly planning to resurrect the R8 in a new avatar - electric or hybrid.

German publication Auto Bild claims that an electrified Audi R8 is on the card for 2023 arrival. Audi's global chief of sales and marketing, Hildegard Wortmann, has hinted that a successor to the R8 will come with a different powertrain, but will carry the characteristics of the iconic model.

The report claims that the 2023 Audi R8 will come with a 4.0-litre V8 engine onboard. It could come with a pair of turbochargers with power output ranging between 453 hp and 641 hp. This engine is a widely used one among the Volkswagen Group cars such as Audi RS models and Lamborghini Urus. Introducing the twin-turbo engine will eventually end the Audi R8's naturally aspirated engine.

There will be a battery onboard the 2023 Audi R8 assisting the powertrain with hybrid technology. The combined power output of the petrol hybrid motor would be above 700 hp, claims the report.

What's more interesting is, the report indicates that there is a possibility of an all-electric Audi R8 as well. A few years back, Audi introduced R8 e-Tron, which at that time sold merely 100 units. However, with electric cars becoming mainstream now, there is a good chance Audi would resurrect the R8 EV. In that case, an all-electric supercar from the German luxury car brand could be a reality in near future.