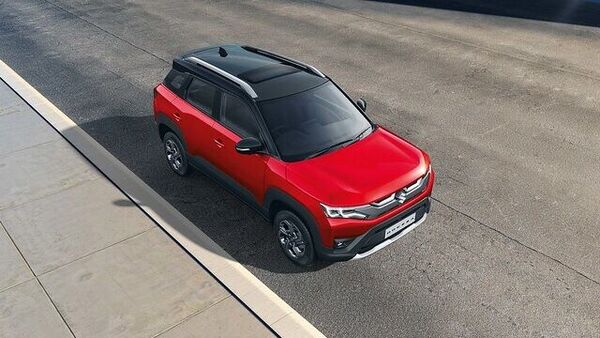 The new Brezza is the first model from the Maruti Suzuki camp ever to offer an electric sunroof.

All-new Maruti Suzuki Brezza has been launched in the Indian market on Thursday with prices starting at ₹7.99 lakh (ex-showroom). The pre-bookings for the new sub-compact were commenced earlier in July and now the company has announced that it has managed to register bookings for over 45,000 units of the car, even before the official price announcement. These numbers have been recorded within just eight days of the opening of bookings.

Brezza has been a fairly popular model in the company's lineup and such an overwhelming response for the vehicle isn't really a big surprise for India's leading vehicle maker.

The Brezza 2022 has come out to be a majorly improved version of its predecessor. From updated exterior looks to new features, Maruti has left no stones unturned to make the Brezza a whole new car from the ground up. On the outside, the car retains its iconic boxy profile but makes use of new style treatments. There is a fully updated grille up front which is flanked by new LED headlights with DRLs. There are similar aesthetic updates on the rear profile of the SUV too.

While the exterior changes might be significant, updates inside the cabin are even more major. The company has given the new Brezza a segment-first HUD, and the new SUV also comes as Maruti's first car to get a sunroof. In addition, the Brezza 2022 has also borrowed the 360-Degree camera from the previously launched Maruti Baleno. Also, worth noting is the addition of paddle shifters as well as a large-sized free-standing infotainment system on the dashboard. The company says that it has managed to carve out more space for the cabin occupants in the new Brezza. It has also widened rear seats for added comfort.

Under the hood, the car comes with a re-worked K-series 1.5-litre petrol engine that is rated to deliver a fuel economy up to 20.15 km/litre.