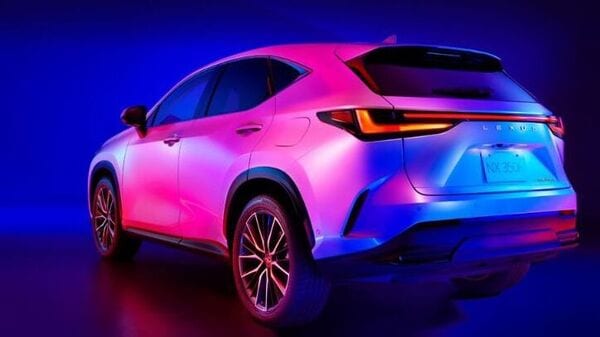 Lexus NX 350h SUV will be launched in India on March 9.

Lexus India is all set to drive in the facelift version of the NX 350h SUV to India tomorrow. Bookings for the 2022 Lexus NX 350h SUV, which has already been introduced in global markets, has commenced ahead of the price launch. In its facelift avatar the new Lexus NX 350h will come with a refreshed design and a hybrid technology powertrain.

Lexus will offer the 2022 NX 350h in India in three trims, which include Exquisite, Luxury and F-Sport. The looks of the SUV has become sharper compared to the previous generation model. There are several upgrades such as a set of redesigned headlights and new LED taillights, a wider grille and a redesigned bumper. The taillight so the 2022 Lexus NX 350h are now connected by a thin light bar that runs across the bootlid. The SUV will also get a larger hood than the predecessor.

The interior of the 2022 Lexus NX 350h SUV will also come upgraded with new and improved features. For a start, the touchscreen infotainment system will now be changed to a new 9-inch unit. Customers are likely to get an option to upgrade it to a 14-inch unit as well. Besides this, the SUV will also get a digital driver display, wireless Apple CarPlay and Android Auto features, a new steering wheel among others. Features like 360-degree camera, Head-Up Display, wireless charging, panoramic sunroof, electric front seats are also likely to be included.