2021 Honda Amaze facelift: What to expect

According to leaked images, Honda Amaze facelift will receive design upgrades, both on the outside and inside. The front face of 2021 Amaze will see a redesigned grille.
By : HT Auto Desk
| Updated on: 04 Aug 2021, 17:15 PM 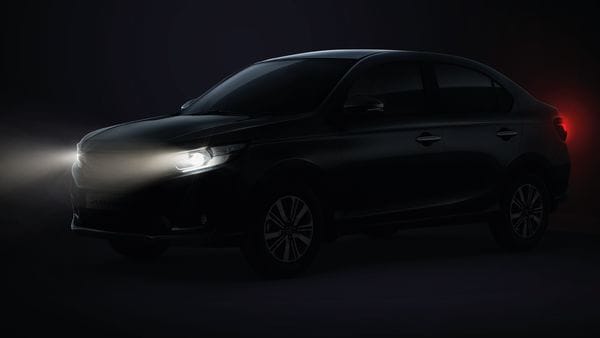 Honda is all set to launch the facelift version of its Amaze sub-compact sedan on August 18.

Honda is all set to launch the facelift version of its Amaze sub-compact sedan on August 18. This will be the third generation of the model since its launch in April, 2013.

The first facelift Amaze received was introduced five years ago. Since then, besides updating the engine to become BS 6 compliant, the sub-compact sedan has not seen any major changes. The second generation was updated three years ago when it was introduced during the 2018 Auto Expo

According to leaked images, Honda Amaze facelift will receive design upgrades, both on the outside and inside. The front face of 2021 Amaze will see a redesigned grille. It now sheds most of the chrome it had earlier. Instead, the grille is now more similar to what one can find in the new generation Honda City sedan. However, the sharp drop in face continues for Amaze, keeping its characteristic intact.

The grille is likely to be flanked by a new set of headlamp cluster. The new LED headlight will be coupled with LED fog lamps. The design of the side profile of 2021 Amaze remains similar to its previous generation, just like the rear section. However, the facelift Honda Amaze will sit on a new set of alloy wheels, the design of which is already seen on Honda City.

On the inside, Honda is likely to do some certain cosmetic changes. It is expected to add new fabric upholstery, infotainment and digital cluster from the new Honda City for the updated Amaze.

2021 Honda Amaze is likely to be powered by the same 1.2-litre i-VTEC petrol engine and the 1.5-litre i-DTEC Diesel engine. Both engines are likely to remain mated to either a 5-speed manual or a CVT automatic transmission unit. The petrol engine can produce 90hp of power and a peak torque of 110 Nm. The Diesel engine is capable of churning out 80hp of power and 160 Nm of peak torque.

Honda currently offers Amaze in India at a starting price of ₹6.32 lakh (ex-showroom). The top-spec variant of Amaze currently costs ₹11.11 lakh (ex-showroom). Expect the prices to increase by around ₹50,000 from the current second generation models. When launched, the facelift version of Honda Amaze will continue to rival the likes of Maruti Suzuki Dzire, Hyundai Aura, Ford Aspire, Tata Tigor and Volkswagen Ameo.