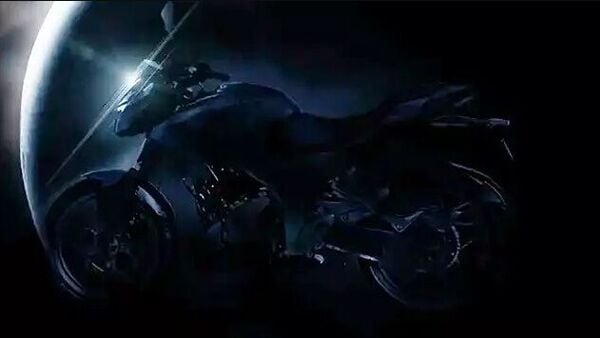 Bajaj Auto is gearing up for the introduction of new models in the country. While there are rumours of the new Pulsar N160 motorcycle, the company has also recently teased a new special edition bike based on the Pulsar N250. While the official name of the upcoming Bajaj bike is yet to be confirmed, it is said to be the Pulsar N250 Eclipse Edition.

Apart from teasing the motorcycle on social media, Bajaj Auto has remained tight-lipped about the details of the upcoming model. Going by the available image, the special edition model will come based on the Pulsar N250 and will remain mechanically unchanged. However, it could be differentiated from the donor model solely on aesthetics. And come with all blacked-out body components like the engine covers, exhaust system and wheels.

Apart from the changes to the exterior colour scheme, the rest of the details on the bike are expected to remain the same. It could source power from the existing oil-cooled 249.07 cc engine delivering 24.5 PS of maximum power, backed up with 21.5 Nm of peak torque. The transmission is also likely to remain the same five-speed gearbox. Some of the key features on the bike could include Assist and Slipper clutch, gear indicator, USB mobile charging port etc.

In terms of pricing, it could cost upwards of the standard Pulsar N250 and the company might also make it available in limited numbers to maintain exclusivity. Expect more details on the bike to roll out later this month.