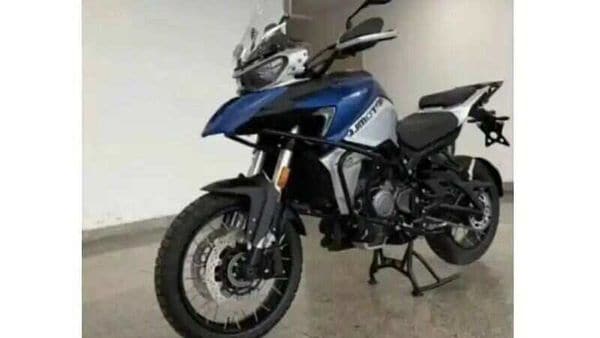 The Chinese owned Italian motorcycle brand Benelli has a bunch of new products slated for the future launch.

While the details of the next-gen TNT 600i (QJ SRK 600) and the 600RR are already out, the brand is also working on a middleweight adventure touring bike which will be based upon the QJ SRB 750. Called the TRK 800, the bike has been snapped in China recently. It will sit above the currently available Benelli TRK 502.

The bike will most likely employ the new 754 cc parallel-twin engine which delivers 81 PS of power and 68 Nm of peak torque. For the record, this powertrain is also shared with the Benelli 752S, as well as, the new Benelli Leoncino 800 motorcycle. Chances are that the engine might be tuned accordingly as per the needs of an adventure touring bike.

The new TRK 800 is expected to come loaded with features such as full-colour TFT instrument panel, keyless ignition and backlit switches.

Moreover, also expect it to sport a 19-inch front wheel, as well as long-travel front forks, as seen on a majority of adventure focused bikes. As per the spy image, it will also employ spoke wheels which may be variant specific.

The official claims say, the TRK 800 will have its fair share of differences with QJ Motor SRB 750, especially in terms of engine and chassis components. The TRK 800 is currently under development in Italy.

(Also Read: Benelli extends timeline on warranty, service on its bikes in India)

More details will be available near its launch. Expect the new adventure model to roll-out in the next few months.