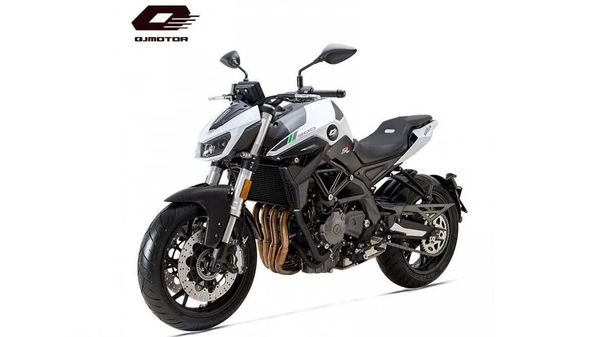 Benelli is originally an Italian motorcycle manufacturer but it is now owned by the Chinese conglomerate Zhejiang Qianjiang. The same company has launched a new subsidiary called QJ Motor. The latter focuses on premium high-end bikes only. The new SRK 600 is QJ Motor's debut product.

The SRK 600 is built up on the Benelli TNT 600i motorcycle and features some very significant changes inside out. It gets a completely new and unique styling, part of which is a modern looking LED headlamp unit. On the lower side, it gets a set of golden USD front forks adding a sense of premiumness to the overall package. The tank design has been tweaked for a more masculine appeal. Over the back, the previously found twin under-seat exhausts have been given a miss and now it gets a single underbelly unit. There is also a new swingarm unit as well.

The bike also features a new 5-inch fully-digital and fully-colour instrument cluster, along with keyless ignition. These surely are welcoming addition for a motorcycle of its segment.

It is available for purchase in 4 colour options - Red, Black, White and Blue