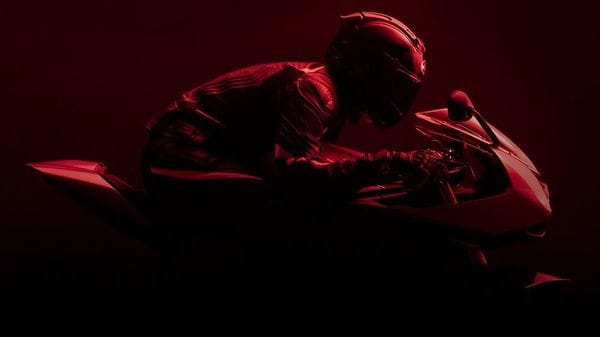 Triumph Motorcycles has launched a teaser of an all-new faired Speed Triple 1200 RR design concept that may be an upcoming production-spec superbike.

Needless to say, the new teaser has lit a fire in the belly of all the superbike enthusiasts waiting for a faired sportsbike from the British premium motorcycle brand.

The new teaser video throws out a few snippets in the darkened silhouette but manages to hide away the rest of the details. The front fascia of the motorcycle sports a retro single headlight upfront which reminds of the MV Agusta Superveloce 800.

The teaser also throws light on the carbon fibre accents positioned below the petrol tank, along with a stitched design on the riders’ seat. There will be electronically adjustable front forks on the bike and a TFT screen dash.

While the rider could be seen crouching in the teaser but expect the riding geometry to not be fully hardcore, as it is likely to be a road focussed sports machine and not a full-fledged track tool.

The bike is likely to debut sometime next year.