The new dirt bikes range from Triumph Motorcycles will be accompanied by an all-new Triumph factory race programme.The upcoming MX and Enduro Triumph bikes will be revealed in the next few months.
By : HT Auto Desk
| Updated on: 21 Jul 2021, 10:04 AM 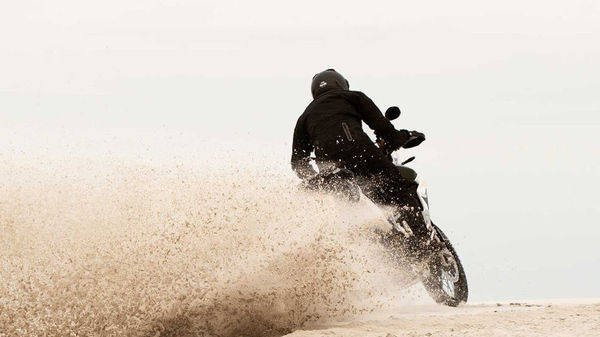 The upcoming MX and Enduro Triumph bikes will be revealed in the next few months.

Triumph Motorcycles has announced that it is developing a whole range of motocross and enduro motorcycles which will be revealed in the next few months. The new dirt bikes range will be accompanied by an all-new Triumph factory race programme.

The iconic British bike maker has also roped in the global Motocross legend Ricky Carmichael and five-times Enduro World Champion Ivan Cervantes for testing and development of the new dirt bikes range. Both have joined the company as development/testers as well as coaches for the racing programme. The new range is set to break cover in the next few days to come.

"Today's announcement marks the beginning of a new chapter for the Triumph brand, which everyone at Triumph is incredibly excited to be part of. We are 100 per cent committed to making a long-lasting impact in this highly competitive and demanding world, with a single-minded ambition to deliver a winning motorcycle line-up for a whole new generation of Triumph riders," said Nick Bloor, CEO, Triumph Motorcycles.

While the new set of MX and Enduro motorcycles by Triumph will be revealed internationally in the next few months, it is yet not confirmed if the bikes will set foot on the Indian shores. These bikes will be competition-only, and not be road-legal, so it may not really fit the business angle for the Indian arm of the British bike company.

"I have loved Triumph motorcycles right from being a small kid, seeing them in films and on television. So to be working with Triumph from the beginning of this project, is an amazing opportunity for me, not just because it is working with one of the world's greatest motorcycle brands, but also for being part of building something from zero. It is a dream come true for any racer," said Ivan Cervantes.