Toyota extends production halt in this plant due to Covid clampdown 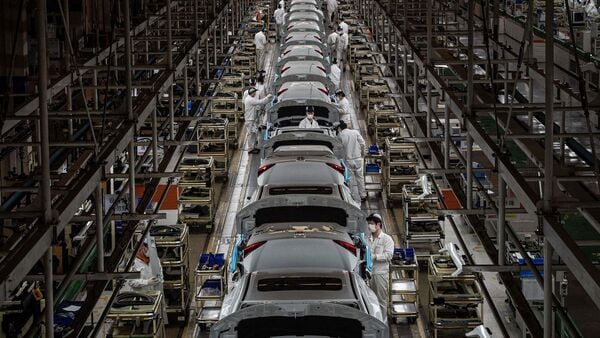 The auto industry is among one of the most impacted sectors due to the Covid-19 pandemic.

Toyota Motor Corp. has decided to suspend its operations at the joint-venture car manufacturing plant in Tianjin, as authorities have mandated mass testing to keep infections of the omicron variant under control. Bloomberg reports that all the operations at the factory have been halted since Monday following the spread of Omicron in the region.

The car manufacturing plant in Tianjin produces around half a million vehicles every year. These include popular Toyota passenger vehicles such as Corolla sean and Rav4 SUV. This comes as a major blow as the Japanese automaker suffered significant production loss last year due to the prolonged microchip crisis that is still impacting the auto industry's business.

Toyota was trying to ramp up its production to make up for the output lost in 2021 due to the supply chain disruption. However, the latest production halt is expected to severely impact that effort.

The report claims that Toyota plans to resume operations as soon as the Chinese government’s instructions and the safety and security of the local community and suppliers are confirmed. However, as the report further claims Toyota is still uncertain when that will be possible.

Another port city Dalian too has joined Tianjin as the second crucial port city in China with confirmed omicron cases. This serves as one of the major production hubs for the German auto manufacturer Volkswagen. With both the city impacted by the fresh surge of Covid-19 virus infections, the production of Volkswagen and Toyota is about to be significantly impacted.

The auto industry is one of the most impacted sectors due to the Covid-19 virus. While the first wave of the pandemic affected production and sales of the vehicles around the world with manufacturing facilities closed, the chip crisis and other supply chain disruption that erupted right before the second wave is still resulting in disruptions in the industry.