2022 Toyota Land Cruiser is all set for launch in select global markets and has managed to create a whole lot of excitement among SUV aficionados.
By : HT Auto Desk
| Updated on: 13 Jan 2022, 09:02 AM 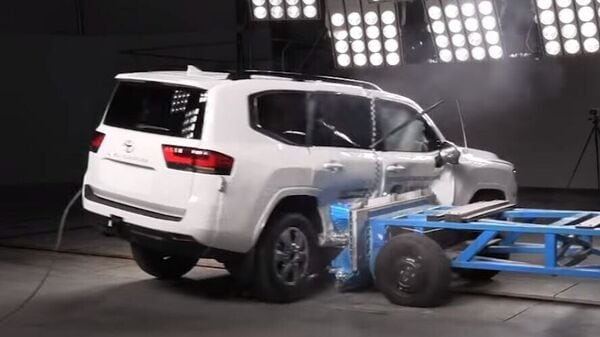 The 2022 Toyota Land Cruiser for the Australian and New Zealand market comes with a plethora of safety features which helps the popular SUV model further make a case for itself. Underlining how secure the vehicle could possibly be for those inside as well as people around it, the latest Toyota Land Cruiser scored a perfect five in the Australasian New Car Assessment Program (ANCAP) crash tests.

Unveiled to the world in 2021, the sales of the latest Land Cruiser is all set to begin in key markets such as Australasia, the US and others in the coming months. The SUV is powered by a twin-turbo 3.5-litre V6 engine that belts out 409 hp and 650 Nm of torque. And while there aren't massive changes to the exterior profile of the vehicle, the cabin has been updated significantly and the changes now include a nine-inch infotainment screen as standard and a 12.3-inch screen as optional. There is also provision for wireless phone charging, a HUD and a 360-degree camera.

The new Land Cruiser has already garnered a massive interest and such has been the reception that Toyota has reportedly planned to make buyers in the US sign a contract which prohibits them from selling the vehicle within 12 months of purchase. This is to prevent instances of customers buying the vehicle and then selling it at a higher price owing to the demand vs supply mismatch. Another factor is that the Land Cruiser's strong 4x4 capabilities make it a vehicle of choice in sensitive regions of the world and it may be used be those with nefarious intentions.