Two of the upcoming Ducati Scrambler bikes include Scrambler Icon and Icon Dark, both of which are already up for pre-bookings at a token amount of ₹50,000 each.
By : HT Auto Desk
| Updated on: 21 Jan 2021, 13:47 PM 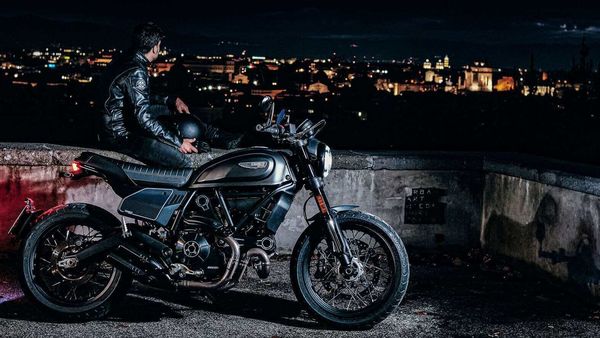 Ducati India has revealed on its social media handles that it will roll out three new motorcycles from its popular Scrambler range of bikes on January 22.

The premium motorcycle maker from Italy wrote, "Launch alert! The joyvolution gets 3x stronger on 22nd January as three all-new Scramblers get launched in India."

Launch alert! The joyvolution gets 3x stronger on 22nd January as three all-new Scramblers get launched in India. #StayTuned pic.twitter.com/baGa2qOmrZ

Though the company hasn't unmasked the names of the upcoming Scrambler range of bikes, what's certain is that two of the models include Scrambler Icon and Icon Dark as the firm has also started accepting official pre-bookings on both the bikes in the recent past for a token amount of ₹50,000 each. On the other hand, the third name on the list could either be the Scrambler Night Shift or the Scrambler 1100 Pro Dark.

For the uninitiated, all the motorcycles in the Scrambler range were updated to the Euro5/BS 6-compliant powertrain in November last year. Along with the cleaner engines, the bikes also received a slew of new upgrades in terms of the revamped electronics package and exterior styling and colours.

Currently, Ducati India only retails BS 6-compliant Panigale V2 and the Multistrada 950 S, both of which were introduced last year. The company also plans to roll out eight other motorcycles in the country later this year.

(Also Read: Ducati signs up with MotoGP until end of 2026)

Apart from the Scrambler range, the company will also introduce Diavel along with its newer version XDiavel in the first quarter of the current year. These launches will be followed by new variants of bikes based on the V4 engine platform including the Multistrada V4, the Streetfighter V4 and Panigale V4. (More details on the upcoming Ducati launches here)