The mini-adventure bike will be plonked with the same 162 cc, single-cylinder mill which is found on the Haojue DR160S.It seems to be heavily inspired from the bigger Suzuki's V-Strom bikes.
By : HT Auto Desk
| Updated on: 25 Sep 2020, 03:31 PM 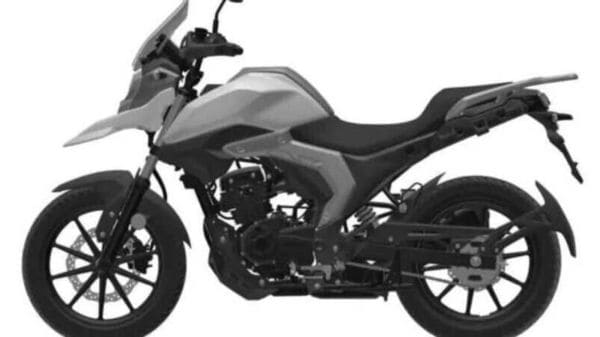 The mini-adventure bike will be plonked with the same 162 cc, single-cylinder mill which is found on the Haojue DR160S.

Haojue, the Suzuki's Chinese partner has come up with a mini adventure bike which seems to be heavily inspired from the popular Suzuki V-Strom 1050 adventure motorcycle.

While there's no official announcement which says that this is the V-Strom 160, but considering the Suzuki-Haojue churns out cross badged products such as DR300 which practically forms the basis for the Suzuki GSX-S300, the entry-level mini-adventure might be the V-Strom 160.

It will be plonked with the same 162 cc, single-cylinder mill which is found on the Haojue DR160S. This engine churns out 15 bhp of maximum power and 14 Nm of peak torque.

As mentioned, the bike seems to be heavily inspired from the bigger V-Strom bikes featuring the signature extended beak up front, large windscreen, muscular fuel tank, wide single-piece seat and a chunky grab rail. Moreover, the bike gets a sleek side profile which hints that it is smaller displacement motorcycle unlike other bikes in the V-Strom series.

Just like every other adventure bike, it also sports tall and wide handlebars with handgaurds. Some other highlights which are easy to point out include alloy wheels, a plastic engine bash plate, and an exhaust with a shield and disc brakes. It may also sport single-channel ABS though it is yet not confirmed.

It is unlikely that the motorcycle will head out from China to the Suzuki's India lineup. It will be retailed in the Chinese market under the Haojue umbrella, and may head out to different world markets. Goes without saying that this, of course, is conjecture at this point, and there is no official announcement which confirms these details.