Simple Energy receives over 30,000 bookings of Simple One electric scooter

Simple Energy launched its electric scooter on 15 August at a price of ₹1.10 lakh.The Simple One electric scooter will come in four colour variants.
By : HT Auto Desk
| Updated on: 20 Aug 2021, 07:19 PM 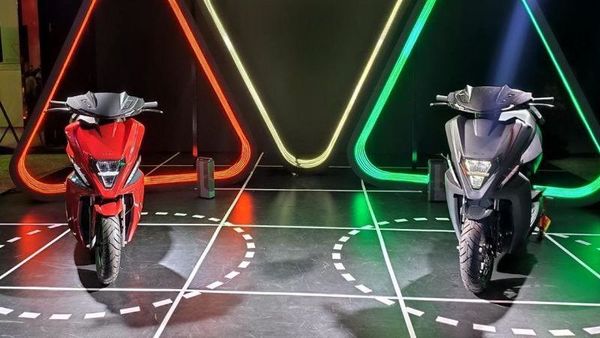 Bangalore-based electric vehicle maker Simple Energy, which recently launched its flagship e-scooter Simple One, announced on Friday that it has received over 30,000 pre-bookings of the electric scooter. The EV maker claimed that these bookings have been made with zero marketing from the startup's side, said a PTI report.

Simple Energy launched its first electric scooter on Independence Day for ₹1.10 lakh (ex-showroom, minus subsidies). The scooter can be pre-booked with an amount of Rs1,947 only through the brand's website. Simple Energy also informed that issues owning to heavy traffic on the website have been resolved. The EV maker shared that now it aims to get into production as early as possible.

The electric scooter from Simple Energy will have a range of 203 km in eco-mode on a single charge and 236 km in the Indian Drive Cycle (IDC). The e-scooter can touch the speed of 50 kmph in 3.6 seconds and zip to 40 kmph from zero in 2.95 seconds. It has a top speed of 105 kmph. The scooter gets its power output from a 4.5 KW portable lithium-ion battery pack. It also has a peak torque of 72 Nm.

The detachable and portable nature of the battery can help the user to charge the e-scooter battery at home. The Simple Loop charger will come with the capacity to charge the e-scooter up to a range of 2.5 km in 60 seconds. The company also plans to set up more than 300 public fast chargers across India in the next three to seven months.

The Simple One electric scooter will be manufactured at the EV maker's plant at Hosur, Tamil Nadu and it will come in four colour variants.