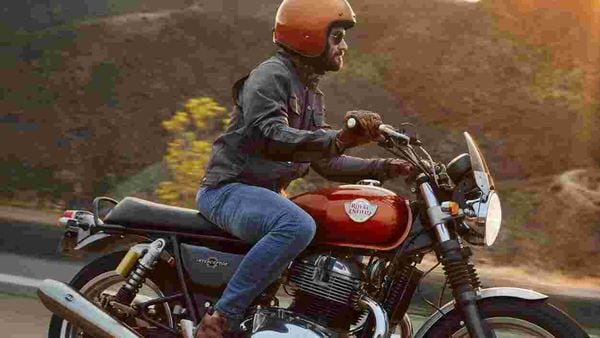 In less than two years after the launch of Royal Enfield Interceptor 650, the middleweight classic retro has climbed all the way to the very top of the UK’s motorcycle sales chart for June'20.

As per data posted by the Motorcycle Industry Association (MCIA), Royal Enfield has managed to sell 196 units of the Interceptor 650 bike last month. At this sales performance, it has outsold every other competitor in the naked bike category. It has also edged out the BMW R 1250 GS which was 2019’s bestseller. It sold slightly lower 188 units in June.

(Also Read: As motorcycles roar back, here are the best bikes to buy for summer)

Goes without saying that these figures are incomparable with the Indian market, but it hints that Royal Enfield's 650 formula has been a success not only in India, but other global markets as well. The bike is known for smooth 649 cc, parallel-twin unit which delivers 47 PS of power at 7,250 rpm and 52 Nm of peak torque at 5,250 rpm. It is hooked with a 6-speed gearbox.

As far as Indian market is concerned, the company is trying to get back on track though Covid-19 related challenges have shattered the market outlook completely. The company has reported a direct 35% decline in total sales at 38,065 units in June. It registered sales of 58,339 units in the same month a year ago, Royal Enfield said in a recent statement. Domestic sales in June'20 were at 36,510 units as against 55,082 units in the year-ago month, down 35%.