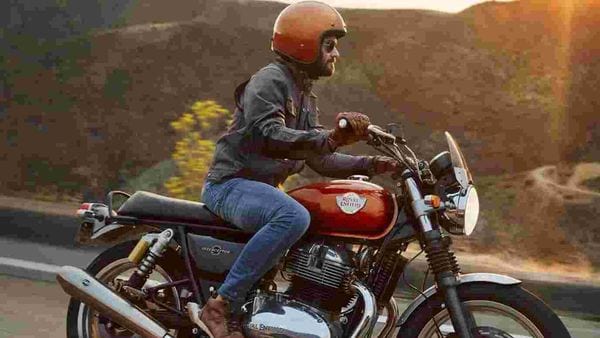 Royal Enfield 650 Twins will now come shod with new Ceat Zoom Cruze tyres instead of the previously found Pirelli Phantom Sportscomp tyres which were an import from Brazil. Goes without saying, the tyre sizes haven't been altered and it remains the same as before - 100/90-18 for the front and 130/70-18 for the rear.

While the firm has not released any official statement on the same, the switch has likely occurred due to the rising input costs which have led the automakers to introduce price hikes across the model portfolio. Also, goes without saying, this may also be an indirect result of the restricted imports of tyres from foreign markets in a bid to encourage local manufacturing.

While the new Ceat Zoom Cruze tyres cost significantly less in comparison to the Pirelli Phantom Sportscomp, the Chennai-based automaker hasn't reduced the price of the motorcycles. On the flipside, the bikes have received a recent price hike. (Know more here)

Royal Enfield is also expected to update the 650 Twins later this year with new paint schemes and features including the Tripper turn by turn navigation system. The updated Interceptor 650 was also spotted during a test run on the public roads recently. Apart from this, a new Himalayan and a 650 cc cruiser are also in the pipeline. As per reports, the former will be launched in India later this month. (More details here)