The Piaggio One features a very conventional design with LED lighting, daytime running lights and indicators.It comes with a digital instrument panel with an automatic display brightness sensor.
By : HT Auto Desk
| Updated on: 25 May 2021, 03:43 PM 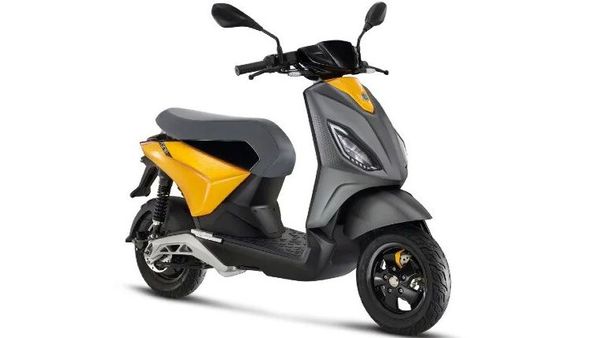 The Piaggio One comes with a digital instrument panel with an automatic display brightness sensor.

Piaggio One electric scooter has been revealed digitally ahead of its official debut at the upcoming Beijing Motor Show later this month. The company revealed the battery-powered scooter on the social media platform Tik Tok delineating its intent to target the younger customers with its new electric scooter.

The company has not revealed the official technical specifications of the model which are likely saved for its debut at the Beijing Motor Show on May 28. Considering the target audience, expect the Piaggio One to be placed below the existing Vespa Elettrica scooter.

The Piaggio One comes with a digital instrument panel with an automatic display brightness sensor. Billed as a smart scooter, it is also likely to sport smartphone connectivity through a dedicated app enabling it with connected features such as remote tracking, scooter diagnostics and more.

On the outside, the Piaggio One features a very conventional design with LED lighting, daytime running lights and indicators.

It appears to be a small-sized two-wheeler packing sharp and angular body panels, to appeal to the younger set of audience. It also offers a keyless start system among other features. As per official claims, it will come with several power options. In addition, it will also get different battery capacities with varying ranges and top speeds. What's to be noted here is that all the battery packs on the Piaggio One will be removable lithium-ion packs.

The scooter is expected to debut in the European markets this summer, while its India launch is not confirmed yet.