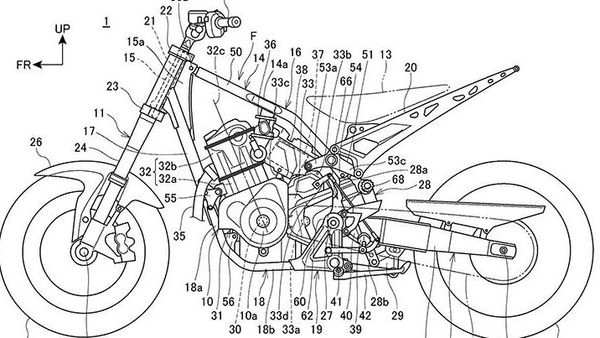 Recent patent images have revealed that Honda might be developing new bikes based on the 1,084 cc engine from the latest Honda Africa Twin.

If the patent images are anything to go by, the company has already designed two new frames around the engine. This also suggests that not one, but there might be two completely new bikes which will share the same 1,084 cc heart from the 2020 Africa Twin. Different frames suggest two different body types and thus different bikes from the ground-up. One of the frames is a cradle-style steel frame which splits into dual-cradle type under the engine bay. It features a backbone and front downtubes which sit at the base of the engine. The second in the list is a sportier chassis with a steel trellis type front section. The trellis design comes bolted on an aluminium swingarm pivot component.

While both the frame types may be different, what seems to be common in both is the fact that they offer similar riding position with identically set bars, seat and pegs. Moreover, both house similar front forks and swingarm.

Out of both, the backbone type frame may likely spawn out a retro-styled street bike, something close to a Honda CB1000R featuring a neo-retro design. This frame will have dual-cradle section under the engine, but there will no vertical rear frame section which connects backbone to swingarm pivot. The engine will be bolted on to the frame from the front, top, as well as, bottom and thus, will be structural element. 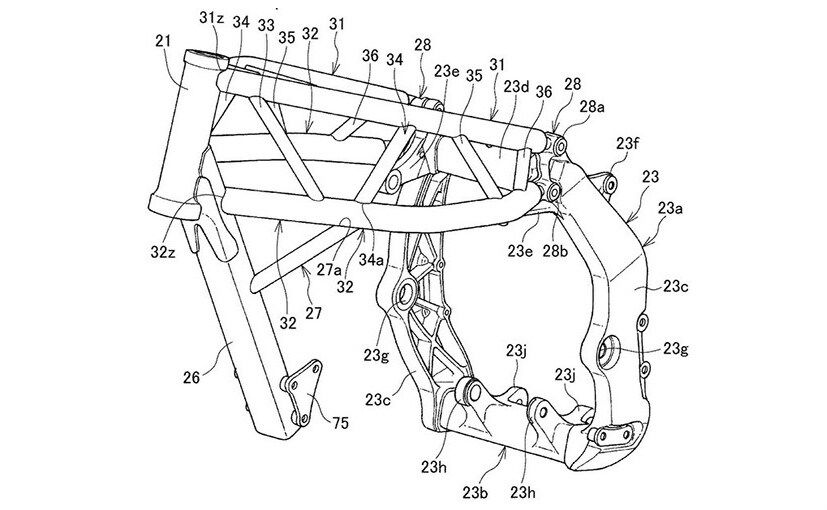 On the other hand, the trellis-frame structure hints that it might be used for a slightly sportier offering out of both. It has a different approach and doesn't feature the under-engine cradle section but rather uses a meaty aluminium section. It isn't clear at the moment if the company will proceed both the designs or one.