Honda is looking to have a separate exclusive sales network for the premium bikes as it looks to establish the business as a sustainable standalone vertical going ahead.
By : PTI
| Updated on: 09 Mar 2020, 11:29 AM 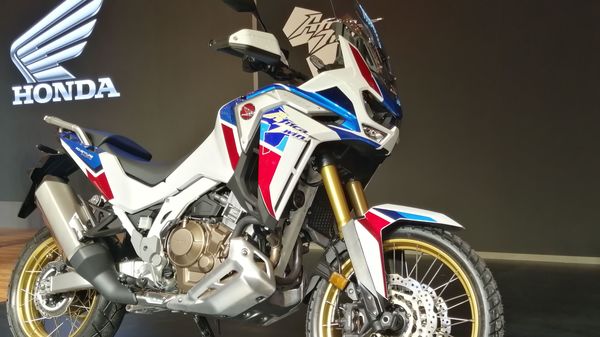 Honda Motorcycle and Scooter India (HMSI) plans to locally produce some of its imported premium bikes from the next fiscal to make such products more affordable and thereby garner volumes, according to a top company official.

The company, which sells only CB300R bike in the middle-weight category right now, plans to bring in more models in the up to 500-cc segment as part of plans to scale up its premium bike business in the country.

The two-wheeler major is also looking to have a separate exclusive sales network for the premium bikes as it looks to establish the business as a sustainable standalone vertical going ahead.

"If we want to have sustainable expansion of this business, it is very important that we need to have a good range of products, not only from the branding point of view but there have to be certain key models which are going to bring in volumes in the future," HMSI Senior Vice President (Sales and Marketing) Yadvinder Singh Guleria told PTI.

The company has identified the middle-weight category bike segment (up to 500 cc engines) to do well in the country going ahead, he added. "So this is one area where we are looking at the expansion of the product range," he added.

The company currently has only one premium model below the 500 cc mark -- the 350-cc CB 300 R, which was launched last year and has done well in terms of sales.

Guleria said the company will also start mass production of some of the existing premium bikes, including one product below 500 cc, from next fiscal in the country to make the products more affordable.

Currently, the company does not have mass production of any of its seven premium products in the country.

"So it will be a mix of CBU, CKD assembly and the mass production and this is going to be our game plan for moving ahead in terms the product lineup, enhancing the affordability of products in mind and scalability of the business in the future," Guleria said.

He added the mass production initiative would kick-start in the next financial year itself within the company's existing facilities.

Asked if the company has set some sales target from the premium segment, Guleria said, "We have prepared a long roadmap. It will be too early to say what percentage we want..but definitely we want that it should be sustainable and scalable on its own rather then depending upon the main business in times to come."

On sales network, he said insights from Honda's global experience showed that it is always better to take care of premium product customers through a separate network.

"So that was the reason why we wanted to move ahead for this business in a totally separate vertical in the company," Guleria added.

Elaborating further, he said, "Currently, we have one Big Wing dealership and 22 shop-in-shops, but slowly these 22 shop-in-shops will transition to exclusive stores. By the end of this year, we will not have this concept of shop-in-shops."