Okinawa Okhi 90 electric scooter has a range of up to 160 kms and can be charged to full in around four hours. Okhi 90 also has two ride modes and multiple connectivity options.
By : Sabyasachi Dasgupta
| Updated on: 24 Mar 2022, 19:51 PM

Okhi 90 electric scooter was launched in the Indian market by Gurugram-based Okinawa Autotech on Thursday at a starting price of ₹1.22 lakh (ex showroom, post FAME II subsidy). The Okhi 90 gets several notable styling highlights and new-age features. Okinawa already offers some very strong performing models in the electric scooter space like iPraise+ and Praise Pro but the company is touting Okhi 90 to be an even more formidable offering to take on the likes of Ola S1 Pro, Ather 450X, TVS iQube, among others.

Okinawa Autotech is one of the power players in the fast burgeoning electric scooter space in the country. And it is with the objective of capturing an even larger market share that the Okhi 90 has been launched with a customer age bracket of 18 to 45 years being specifically targeted.

The Okhi 90 gets a stronger design language than any of its siblings in the Okinawa family. Complete with LED head lamp that is equipped with a light sensor for better visibility, the model is also slightly longer than other Okinawa products. It also boasts of a fully digital instrument cluster and has a thick grab rail for the rear-seat passenger. 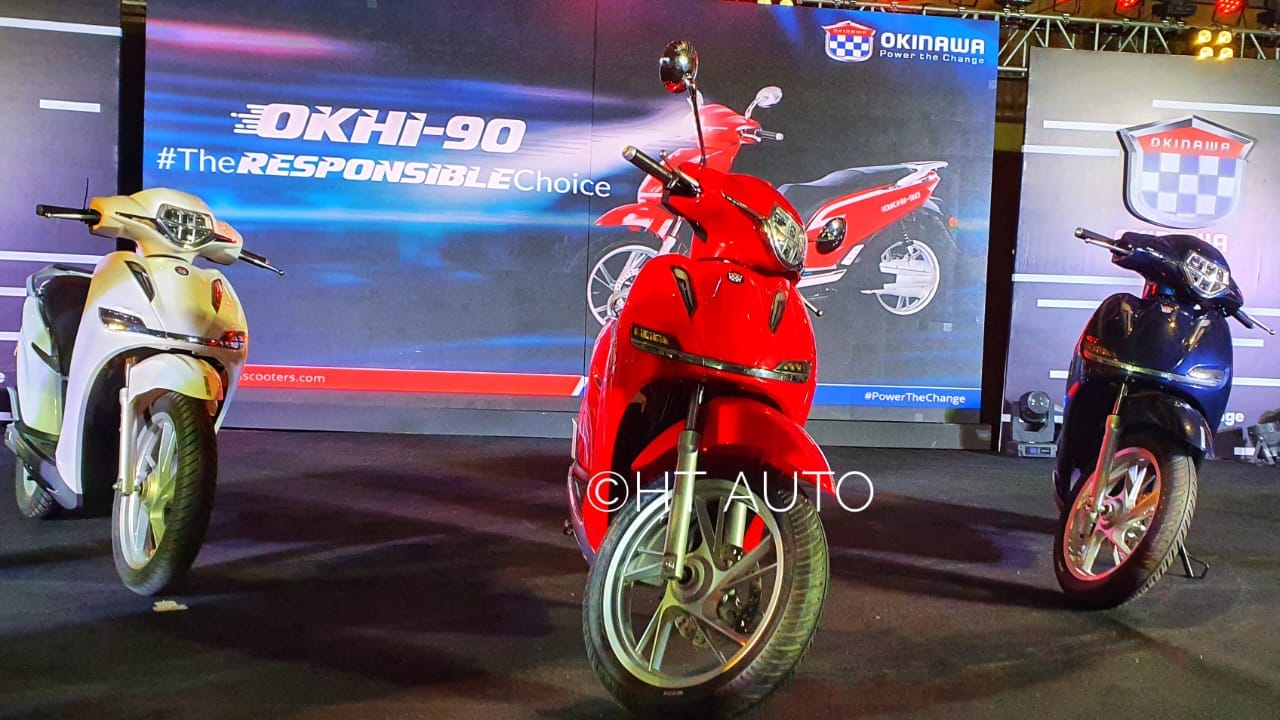 Okhi 90 from Okinawa Autotech is available in multiple colour choices.

The Okhi 90 is powered by centrally mounted 3800-watt motor and the company is claiming a per-charge range of over 160 kms with a top speed in the range of 80 kmph and 90 kmph. As with all electric vehicle models, this figure in the real world would depend on a wide variety of factors such as riding behavior, terrain, climate, load, among others.

At the heart of the Okhi 90 is a removable 72V 50 AH lithium-ion battery which supports fast charging.

The electric scooter also claims to be real fast and brags about going from zero to 90 kmph in 10 seconds. It also boasts of a 40-litre boot space - largest in its segment. It gets two ride modes - Eco allows for speeds of up to 60 kmph while Sports Mode takes it to its full potential. The other highlight is a knob-style automatic keyless start feature. 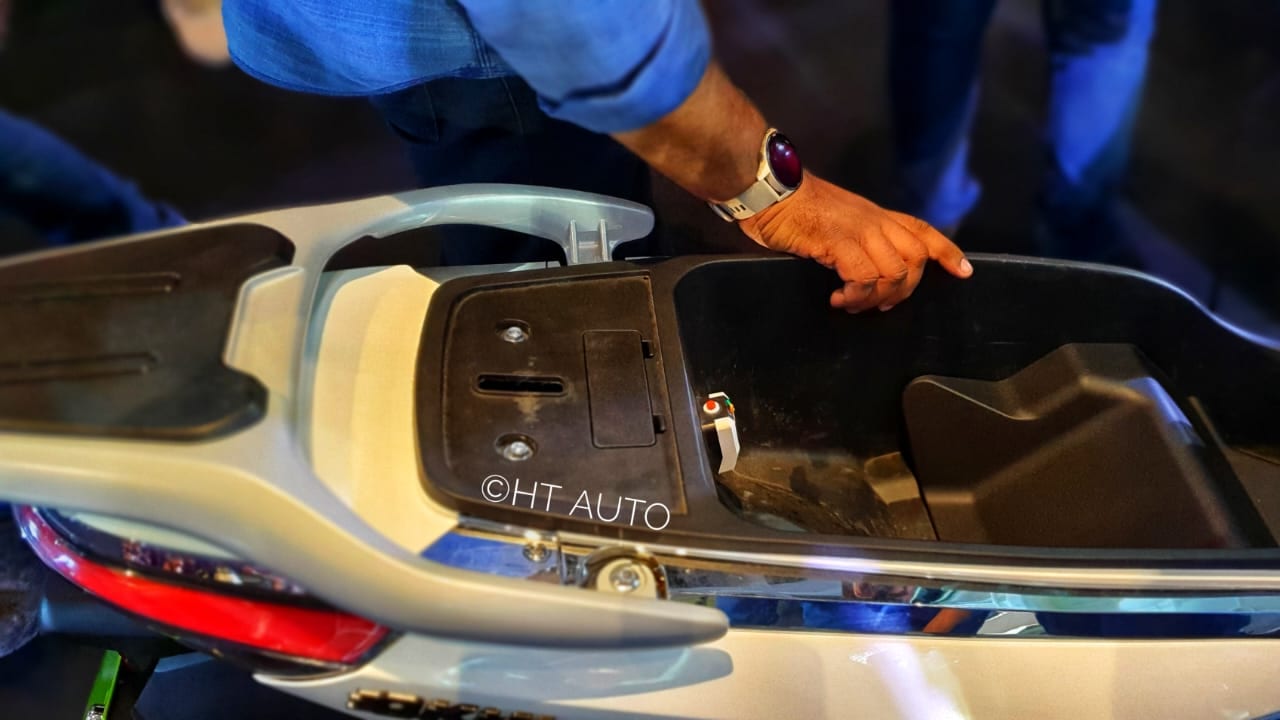 Okhi 90 gets a 40-litre cargo space under the seat, the largest in its segment. 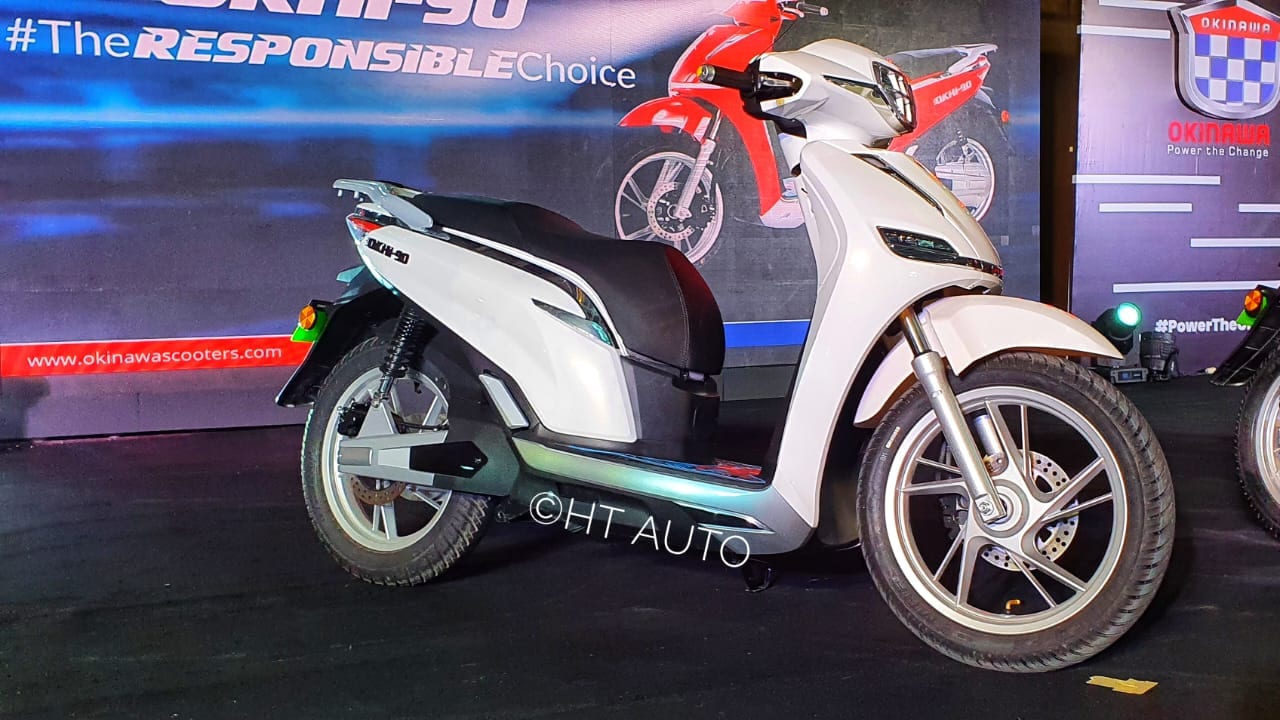 Owners can make use of the Okinawa Autotech mobile app to make use of various tech-based functionality on offer with the Okhi 90.

The Okhi 90 has been launched in four colour choices. The electric scooter is available in Red, White, Blue and Grey.