Yezdi Roadking is likely to launch in India in January 2022.The upcoming new motorcycle is likely to be the modern iteration of the iconic Roadking motorcycle from the past.
By : HT Auto Desk
| Updated on: 22 Dec 2021, 18:17 PM 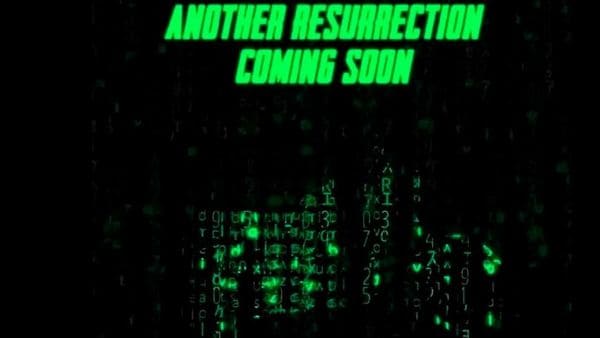 The company has also used the tagline Another Ressurection Coming Soon which only hints at its upcoming Roadking ADV.

After Jawa, Classic Legends is set to revive the iconic Yezdi brand in the Indian market. The company has now also teased the motorcycle on its social media handles using the same font, graphics as the newly released The Matrix Resurrections movie.

The company has also used the tagline “Another Ressurection Coming Soon" which only hints at its upcoming Roadking ADV. The same motorcycle has already been spotted several times amidst road tests on the public roads in India. The upcoming new motorcycle is likely to be the modern iteration of the iconic Roadking motorcycle from the past.

The new teaser video of the Roadking doesn't reveal much information about the product but only shares a glimpse of the silhouette of the motorcycle which will come out to be a dual-sport bike.

As per rumored details, the Roadking ADV is likely to get 18-inch spoke wheels with tubeless tyres. The bike may also get long-travel suspension that will help it traverse off-road.

At the heart of the Roadking ADV is likely to sit a 334cc, single-cylinder, liquid-cooled engine that churns out 30.64bhp and 32.74Nm. This engine is also seen on the Jawa Perak bobber. However, the company is most likely to tune the engine and transmission to match the adventure credentials of the bike.

Moreover, the motorcycle is also likely to be available in two cosmetically-different variants.

As far as the launch is concerned, the motorcycle is likely to go on sale in the Indian market in the next few weeks.