New 2021 Triumph Street Twin revealed: All you need to know

The new Triumph Street Twin is expected to be launched in the Indian market by mid-2021. In the latest avatar, the Street Twin has received subtle updates here and there.
By : HT Auto Desk
| Written By : Prashant Singh
| Updated on: 24 Feb 2021, 10:40 AM 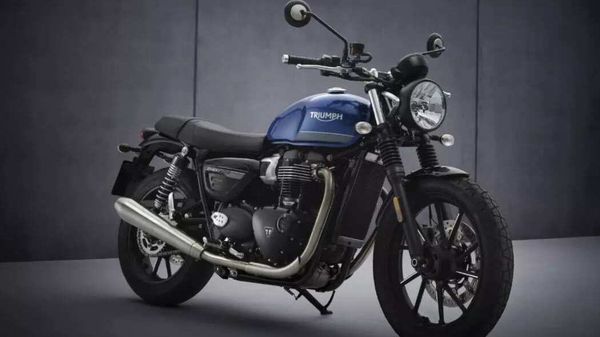 The new Triumph Street Twin is expected to be launched in the Indian market by mid-2021.

Triumph Motorcycles has revealed its global 2021 lineup. Part of the updated range is the new modern-classic offering, the Street Twin. In the latest 2021 avatar, the bike has received subtle updates here and there, while mechanically the details remain the same.

At the heart of the updated bike sits a 900 cc, parallel-twin, liquid-cooled engine which has been tweaked internally to comply with the latest Euro5/BS 6 emission norms. Apart from the emission compliance update, the rest of the details on the powertrain remain the same. The engine produces 65bhp of power at 7,500 rpm and 80 Nm of peak torque at 3,800 rpm. The engine comes paired with a five-speed gearbox.

While the overall neo-retro design has been retained, the company has introduced several updates here and there including new side panels and decals, foil tank badge, and brushed aluminum headlamp brackets. In addition to that, it has also used new cast wheels on the bike with machined spoke detailing. The new Street Twin has also received a redesigned seat.

As far as equipment and hardware go, the bike remains untouched. It comes based on the familiar double downtube chassis as before and rides on an 18-17-inch alloy wheel combination. The suspension duties are taken care of by telescopic forks upfront and a monoshock at the rear, while the braking is done using Brembo calipers at both ends.

Triumph Motorcycles is quite active in terms of introducing new international models in the Indian market, as far as the new Street Twin is concerned. Expect the bike to be launched in India by mid-2021. When launched, it is expected to cost over ₹7.45 lakh (ex-showroom) which is the pricing of the existing model.