2022 Triumph Street Scambler Sandstorm: All you need to know

Expect the new Triumph Street Scambler Sandstorm to come with an added suspension travel, high-mounted front fender, as well as possibly a larger front wheel to give it a rugged exterior appeal.
By : HT Auto Desk
| Updated on: 04 Feb 2021, 10:45 AM 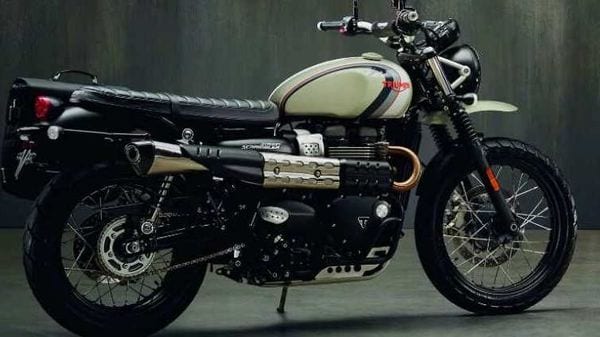 As per the type approval documents filed in Europe, Street Scrambler Sandstorm tips the scales at 228 kg.

As per type-approval details filed in Europe and the Environmental Protection Agency (EPA) in the US, the Street Scrambler Sandstorm will come out later this year in the US market as a 2022 model. As far as the European market goes, it will be reportedly christened as the "Street Scrambler Sand".

The output from the powertrain will remain the same at 64 bhp but it now comes slightly earlier at 7,250 rpm instead of 7,500 rpm as on the existing model. The torque figure also remains the same 80 Nm, but it now peaks 50 rpm higher than the previous version at 3,250 rpm.

As per the type approval documents filed in Europe, Street Scrambler Sandstorm tips the scales at 228 kg. Expect the Triumph Sandstorm to come with an added suspension travel, a high-mounted front fender, as well as possibly a larger front wheel. More details on the new model will be revealed in the days to come.

Expect the motorcycle to make a global debut anytime in the second half of the ongoing year.