Automakers such as Bajaj Auto, Royal Enfield and Triumph Motorcycles have made huge plans for 2021 which include launching a number of fresh models.Here's a list of the top upcoming bikes in India this year.
By : Prashant Singh
| Updated on: 02 Jan 2021, 09:13 PM 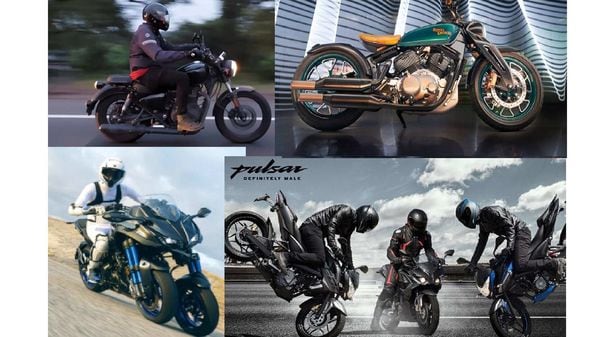 After a highly challenging 2020, the new year brings a silver lining as a number of major bike makers such as Bajaj Auto, Royal Enfield and Triumph Motorcycles have made huge plans for the new year which include launching a number of fresh models. Here's a list of the top upcoming bikes in India this year.

There is an all-new Classic 350 on the way which will likely be the first launch from the Chennai-based two-wheeler maker for 2021. The new-gen model has been spotted getting tested on the public roads several times in the past and is expected to break cover in the first quarter this year.

The new-gen RC200 was recently spotted on the production line suggesting that the launch might be nearby. The new RC200 will sport an updated design and styling. It will come equipped with several new features including an updated instrument panel.

The Honda CBR650R is due for an update in the Indian market. The new model will arrive in the country by mid-2021. It will come with a BS 6-compliant powertrain and several new updates. For the record, the updated model has already broken cover for the international markets in late-2020.

Royal Enfield will introduce the 650 Twins (Interceptor 650 and Continental GT 650) with minor updates for 2021. Both the bikes are expected to receive the company's new Tripper turn-by-turn navigation as well as new paint schemes.

After breaking cover last year, Triumph's middleweight weapon is headed to the Indian market. It has been officially given a launch timeline of the first-quarter 2021. It will rival the likes of the Kawasaki Z650 and the Honda CB650R.

After the Svartpilen 250 and Vitpilen 250, Bajaj Auto is gearing up to introduce the bigger Husqvarna models in the form of Svartpilen 390 and Vitpilen 390. Both the bikes are expected to go on sale around the third-quarter of 2021.

The Tiger 850 Sport has already arrived on the company's Indian website. It will be launched as a replacement for the current entry-level Tiger 900 motorcycle.

Royal Enfield is working on a very interesting set of motorcycles and the list also includes a big-engined cruiser that will share the platform with the current 650 Twins. The cruiser has already been spotted getting tested on public roads and is likely to be announced by the end-2021.

The Benelli 302 S will be introduced as a replacement for the discontinued TNT 300. It may go on sale in the country by the end-2021.