Meet CFMoto CF1250J: The most powerful Chinese bike ever made 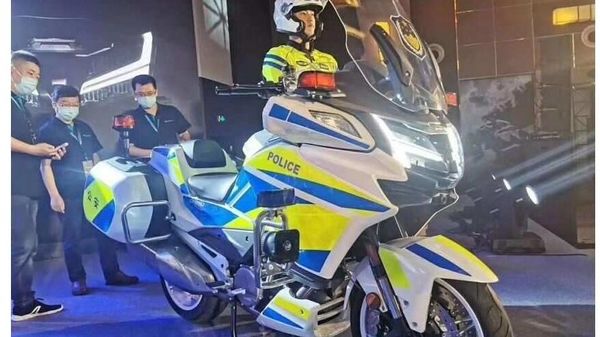 The CFMoto CF1250 which has been under development from quite sometime now has been finally revealed as the CF1250J. The 'J' in its name denotes it is the police version of the bike, the civilian-spec model is slated to be revealed later and will be called the CF1250G.

The CFMoto CF1250 is the most powerful motorcycle to be ever made by a Chinese bike manufacturer. It is the result of the partnership between KTM and CFMoto. For the ones unaware of the previous developments, CFMoto manufactures bikes for KTM in China. Models such as 200 Duke and 390 Duke currently roll-out of its Chinese factory, while the KTM 790 Duke and 790 Adventure has been slated for future production.

As per the latest pictures, the CFMoto CF1260 is a pure touring machine which features a rather bulky bodywork. It's enormous front-end sports LED headlight and LED position lamps, while the side turn signals come integrated into the knuckle guards. Also, its touring capabilities are complemented by a humongous height adjustable windscreen which gives it an authentic 'mile-muncher' look. It gets four different riding modes.

The bike features a 12.3-inch colour TFT LCD instrument cluster which is huge even for car standards. The screen is capable of displaying a plethora of information in a simple and uncluttered format. It boasts mobile phone integration for caller ID, navigation, and more.

As far as India launch is concerned, there is no confirmation as of yet.