Expect the Kawasaki 50th Anniversary Edition motorcycle to be made available in limited numbers in India.Kawasaki already sells the base Z650RS in the Indian market.
By : HT Auto Desk
| Written By : Prashant Singh
| Updated on: 22 Jan 2022, 09:43 AM 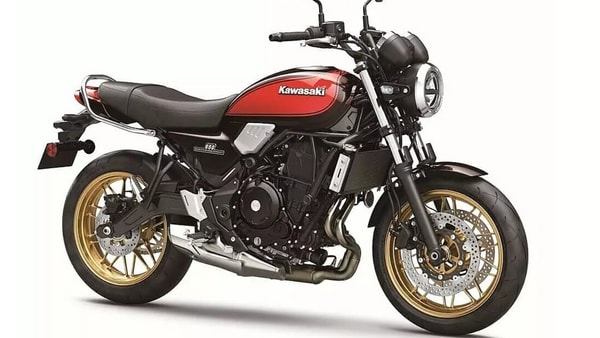 Expect the Kawasaki 50th Anniversary Edition motorcycles to be made available in limited numbers in India. It would commemorate 50th anniversary of the company's legendary Z1 motorbike.

Expect the model to sport some notable styling revisions including the special ‘Firecracker Red’ paint scheme. This option will introduce the dual-tone, red and black paints on the motorcycle. In addition to that, the overall styling will also be further boosted by the use of golden-coloured rims. For the record, the Candy Emerald Green paint options present in the Indian market already feature golden coloured alloys.

Save for the mechanical tweaks, the rest of the details are likely to remain the same. The motorcycle will continue to feature the same BS 6-compliant 649cc, parallel-twin, liquid-cooled engine which is known to produce 67.3bhp of maximum power at 8,000rpm, backed up with 64Nm of peak torque at 6,700rpm.

As far as pricing goes, the new special edition model will retail at a marginally higher price tag in comparison to the standard version. It is likely to cost around ₹7 lakh (ex-showroom, Delhi).