While Kawasaki hasn't announced which exact models will go on sale in the country, sources suggest that one of the bikes will be the Ninja 300 in the latest 2021 iteration.
By : Prashant Singh
| Updated on: 22 Feb 2021, 10:08 AM 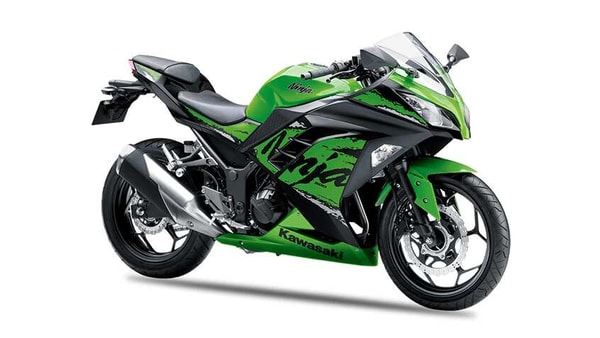 Kawasaki has announced the arrival of the new bikes via a social media post. (Representational image of 2019 Ninja 300)

Kawasaki India is gearing up to launch two new bikes in the Indian market soon. The company has confirmed the arrival of both the bikes via a social media post.

While the Japanese bike maker hasn't announced which exact models will go on sale in the country, sources suggest that one of the bikes will be the Ninja 300 in the latest 2021 iteration. For the record, the Ninja 300 has been the best-seller from Kawasaki in the country.

In terms of exterior design updates, the bike is expected to feature an updated styling with new colour themes and graphics. On the other hand, the rest of the design bits such as fairing integrated front turn indicators, twin-pod headlight setup, semi-digital instrument cluster, muscular fuel tank, split-style seats, etc. will most likely remain unchanged.

Powering the Ninja 300 will be a 296 cc, liquid-cooled, parallel-twin motor delivering 38.4 bhp of maximum power and 27 Nm of peak torque. The engine will be compliant with the latest BS 6 emission norms. The transmission option (six-speed gearbox) will also remain unchanged. The new Ninja 300 is also expected to receive the company's new Bluetooth-connected tech with brand's dedicated 'RIDEOLOGY' connectivity application.

Details about the second model are yet to be confirmed. It may be an all-new model altogether, or it may also be an update to an existing bike. More updates will be made available soon.