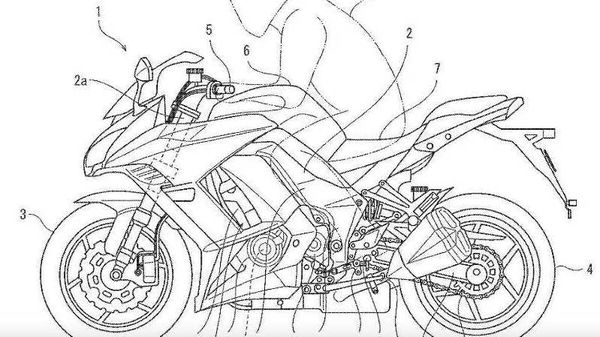 Kawasaki is likely working on an electronic (semi-automatic) transmission, something on the same lines as the Honda's popular DCT dual-clutch transmission.

As per the leaked image, the transmission's design seems to be featuring an electronic actuator and sensors. It focuses on a simple electronic shift mechanism instead of a physical link between the rider's left foot and the shift drum.

The system is also expected to iron out issues with the traditional transmission such as false neutrals, over-revving and mistimed gear changes. Moreover, other advantages of the system may include improved performance on superbikes as this will be able to work even quicker with respect to a conventional quickshifter. With computer always linked with the bike's electronics, revs could also be perfectly timed for instantaneous gear shifts.

Goes without saying, the transmission is still under development and when will Kawasaki be finally ready with the gearbox is still a question. In addition to this, the iconic Japanese motorcycle maker is also working on a number of other motorcycle technologies such as radar-assisted cruise-control system and hybrid powertrain.

The new hybrid powertrain which is under development combines a clean running petrol-powered engine with an electric motor and battery power. The company has also confirmed that when ready, the hybrid motorcycle would also be able to switch quickly from petrol to electric seamlessly. The company is also experimenting with motorcycle AI which is currently undergoing testing with a group of riders in Japan. (More details here)