Honda recently revealed one of the most important products for its portfolio in the form of H’Ness CB 350. Gotta admit, the automaker did a brilliant job keeping the bike a secret which was under development for almost 2 years. First things first, with the H’Ness CB 350, Honda takes aim at the Royal Enfield Classic 350, and the Jawa bikes, and recently we got a chance to do a quick walk-around and inspect the shinning armour of the "Highness".

Highness or H'Ness isn't a very common nameplate associated with motorcycles. But we are told that Honda wanted an identity which is equally appealing if not less, to take on the likes of all things 'Royal'.

H’Ness CB 350 is the first pure retro classic product by Honda which sports a very familiar, old school exterior look. It looks balanced and has a certain charm about it, reflecting happy-go-lucky vibes.

In details, the front fascia sports a mid-sized circular headlamp with an all-LED setup residing inside a chrome ring. Down below sits conventional telescopic forks which lead to the front chrome dipped mud guard. The front bullet styled turn indicators are LED units like the ones at the rear and down below you get alloy wheels, but there are no spoke wheels to speak of. 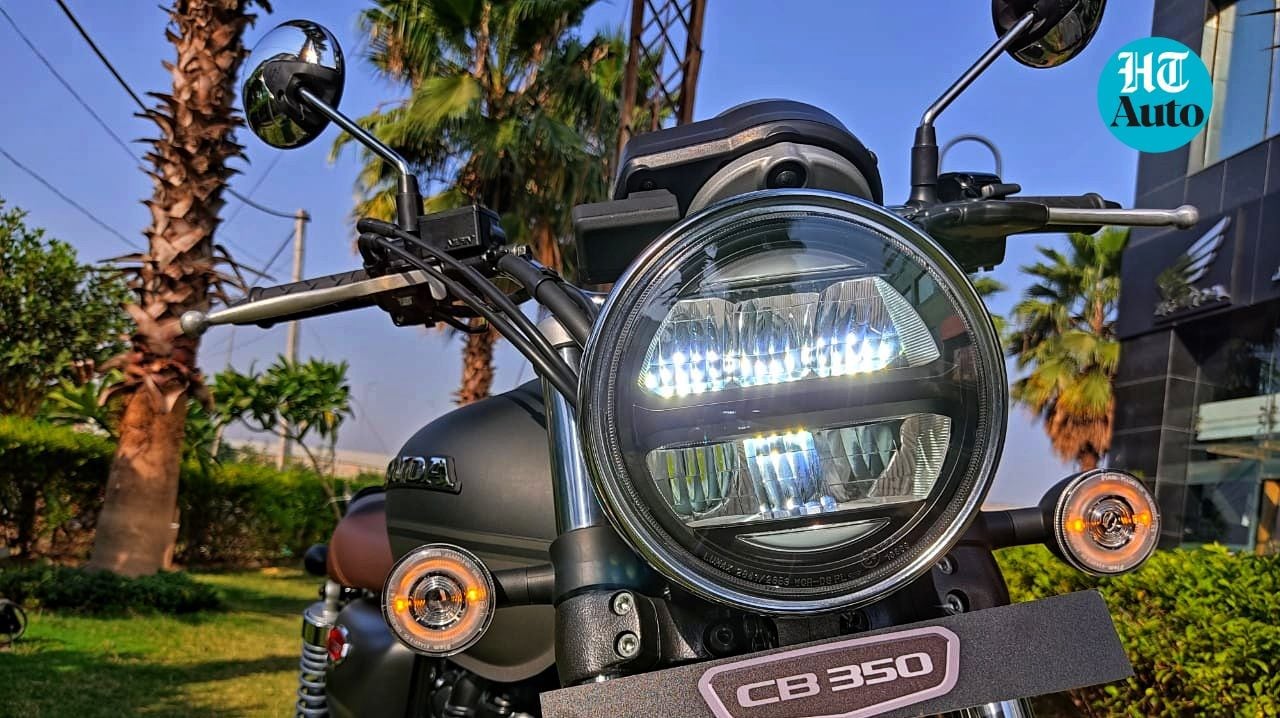 H'Ness CB350 gets a mid-sized circular headlamp with an all-LED setup residing inside a chrome ring. Image Credits: Prashant Singh

Over to the side, there is a mid-sized fuel tank with the Honda badging in bold and the tank leads all the way to the seat which looks premium and gels well with the shape of the bike. The engine gets chrome tips around the cylinder head as seen on the traditional bikes, and out comes a clean looking exhaust from the right side of the engine leading all the way to the back which a slight rise towards the end. The chrome detailing on the bike is just about right and it doesn’t look like a shining chariot, which is a good thing of course.

At the rear, it gets twin spring shock absorbers which comes out as a very natural choice given the kind of customers it is set to attract. The tail light has a very smart design, and there is a circular unit placed in the middle in-line with its retro feel. This again is an all-LED affair. 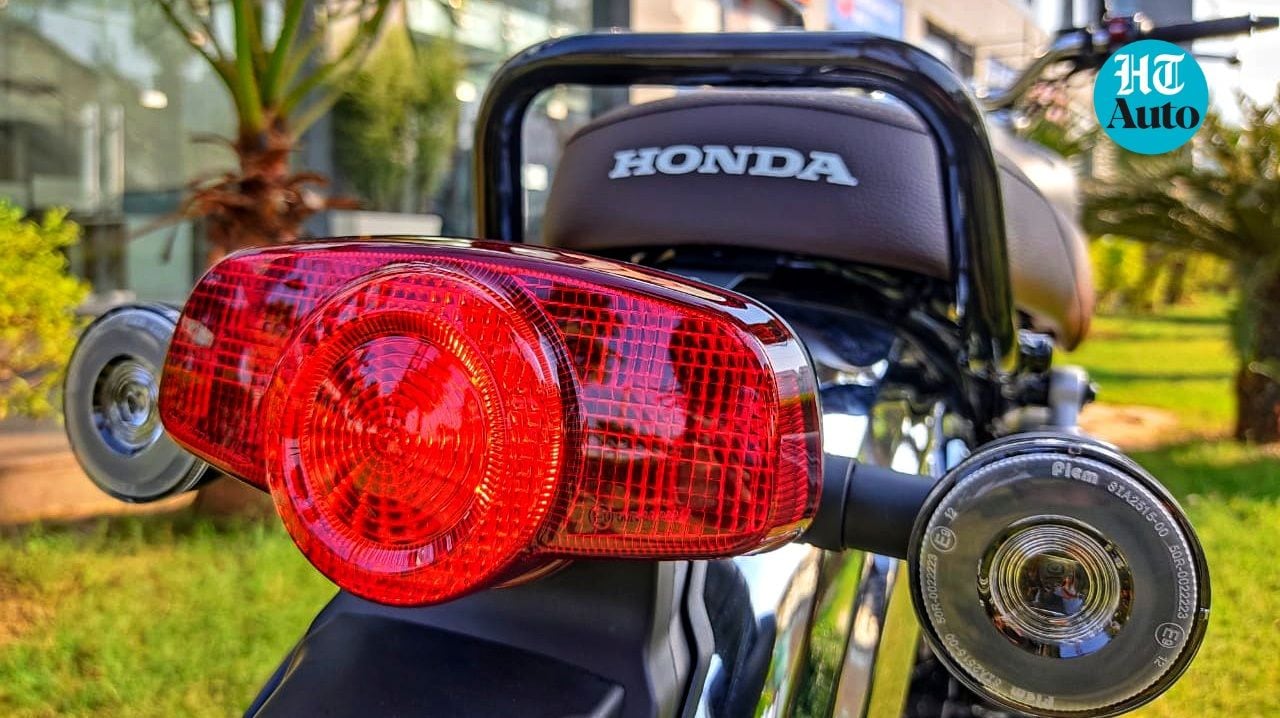 The bike gets a single pod analog digital instrument panel which has a speedometer and shows rest of the information in a digital format. On the higher variant, it also supports Bluetooth and can be paired with a smartphone. Albeit, as far as retro classics go, twin-pod panels are definitely more popular.

The key detail which will serve as one of the main USPs of H'Ness brand against the rivals is its build quality. The way the switchgear has been carried out, quality of bolts used, seat and what not, H'Ness doesn't disappoint. It looks like a proper premium Honda bike and that’s the reason why it is being sold by the BigWing dealerships. 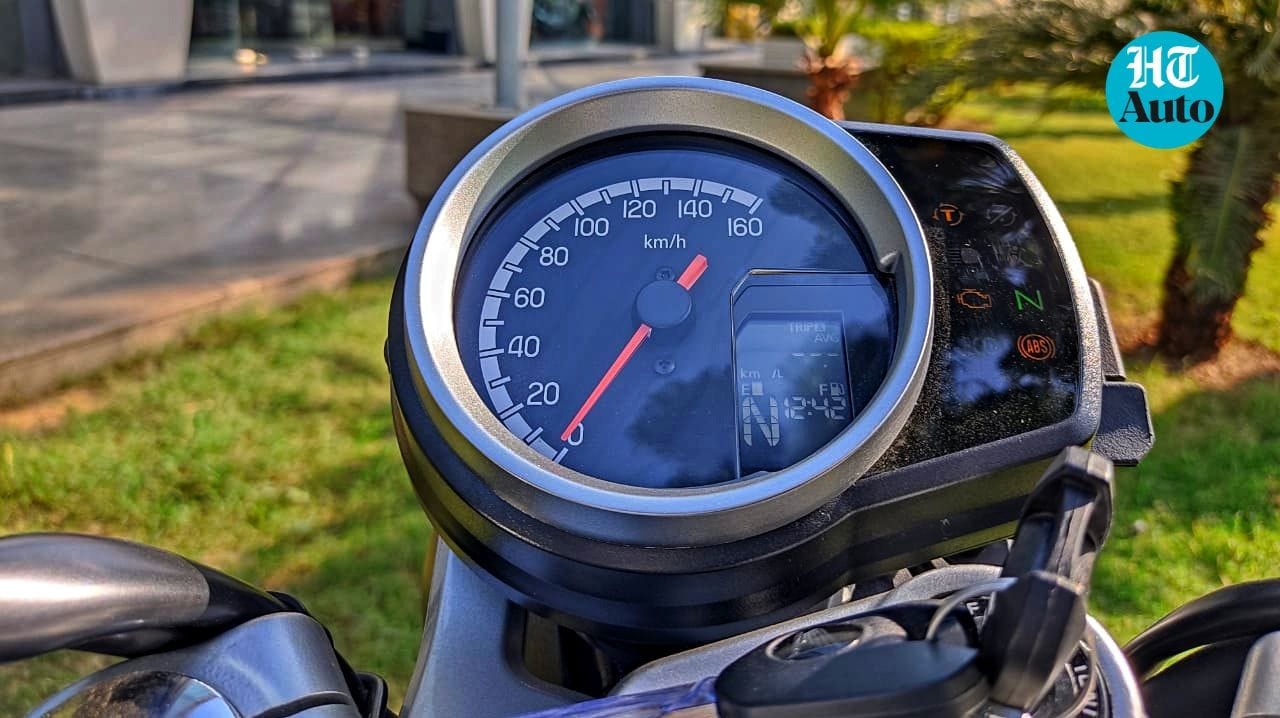 H'Ness gets a single pod analog digital instrument panel which has speedometer and show all rest of the information in a digital format. Image Credits: Prashant Singh

Honda has developed a brand-new engine for the H'ness CB 350 . It gets a 346 cc, air-cooled, single cylinder engine producing 21hp and 30Nm. The output from this unit is at par with the segment rivals and Honda says that special emphasis has been laid on 'low-end torque and rideability' of this engine. Though sadly we were not allowed to ride the bike, but that's a story for another day. 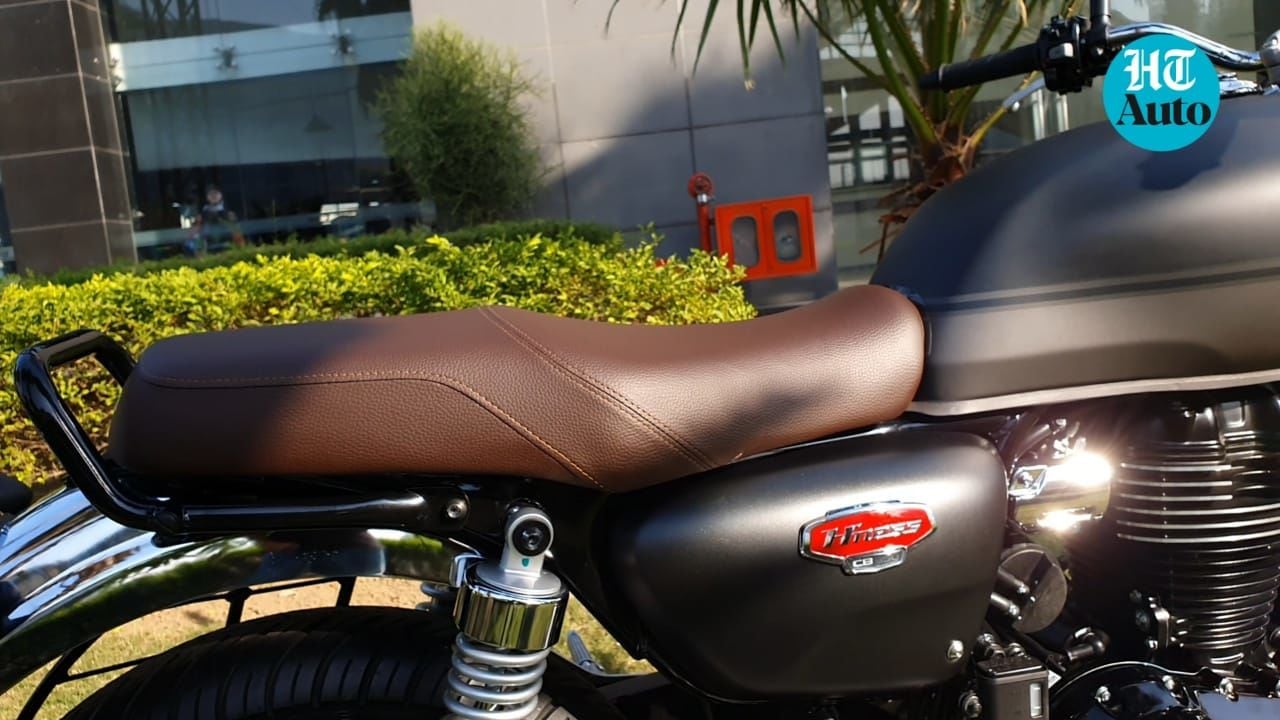 As soon as you sit on the bike you realize that it is not a lightweight motorcycle. It weighs roughly 181 kgs and the weight was felt on the parking position. The seat felt wide and comfortable for riders of average dimensions, but for the typical 'XXL' community the bike targets, it might fall short. The handle bar has been positioned perfectly and delivers a good reach to the rider. The foot pegs again, are mid set keeping the overall comfort in mind. 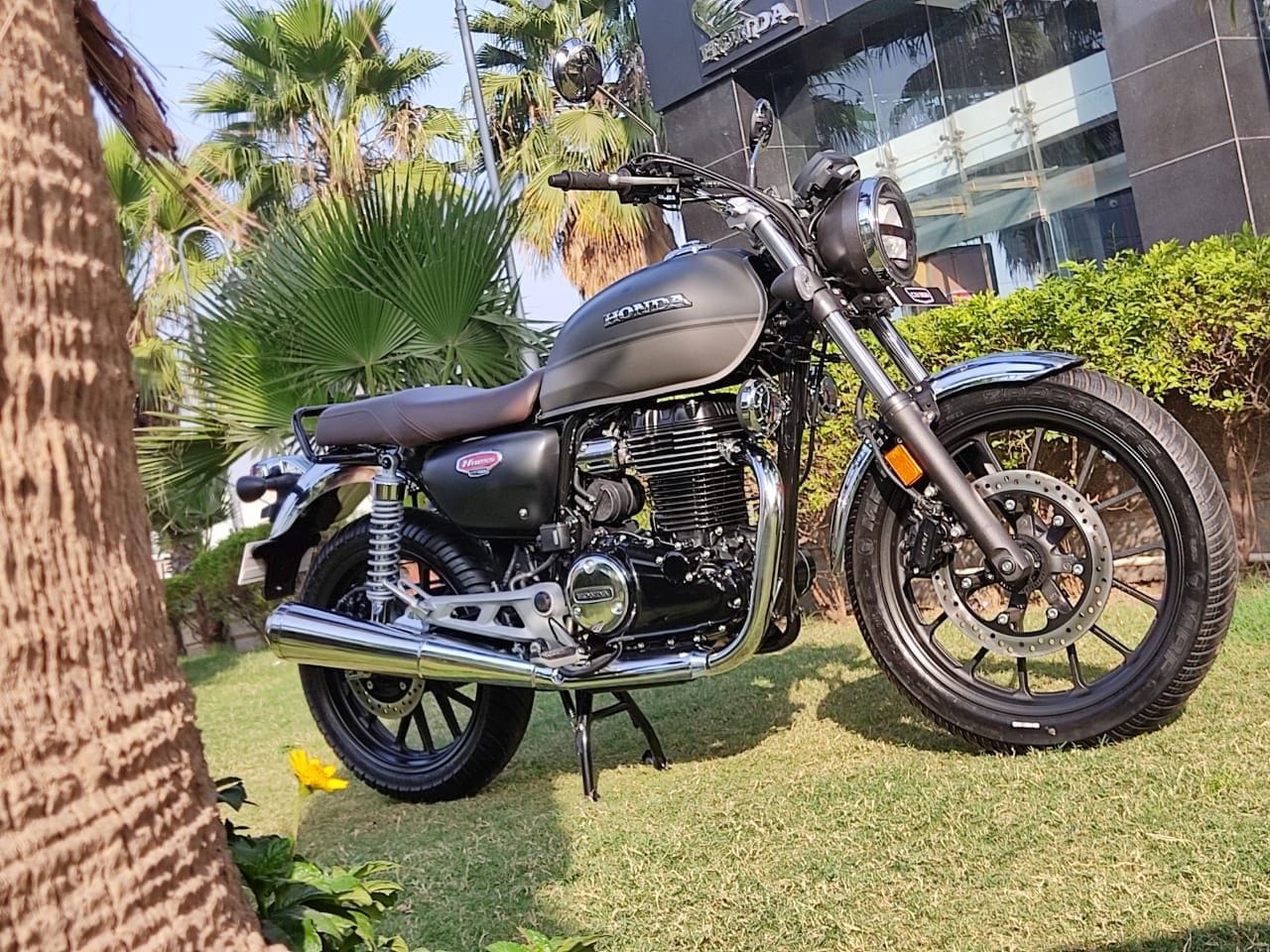 Highness is modern, a 'classic modern':

The H'Ness gets some of the best electronic and ride assist features for its segment. For example there is Honda Selectable Torque Control (HSTC), Honda Smartphone Voice Control system (HSVCS), Assist and Slipper Clutch, and Dual Channel ABS.

Honda on Thursday announced the pricing of the bike which starts at ₹1.85 lakh for the base DLX variant and ₹1.90 lakh for the higher DLX Pro variant.

Should you book one?

We are yet far off from answering this question as the ride review awaits. But based on the first look, H'Ness appears to be a very tempting package on the outside which is nicely put together. As for the competition, it is going to be quite a challenge for Honda to pierce through Royal Enfield's territory, especially considering the fact that the H'Ness is going to retail exclusively from the BigWing dealerships which are not very common, and are limited to just a few major cities in the country.