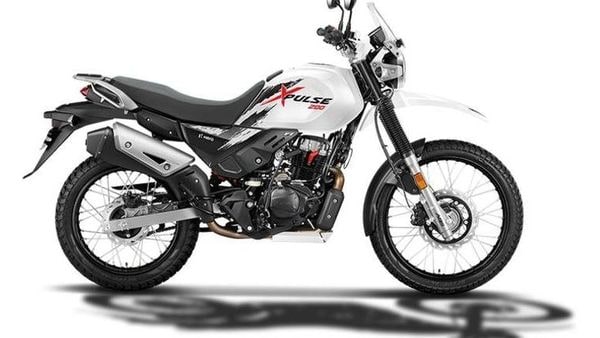 Hero MotoCorp, world's largest bikemaker, has listed the new updated XPulse 200 BS 6 at its official website along with several other new products which have received the BS 6 update.

As per the XPulse 200 model listed, the power figures have gone down slightly.

The output figures have rolled down slightly due to the restrictive exhaust setup. While the BS 4 model was available with both carburettor, as well as fuel-injection systems, the BS 6 model only packs fuel-injection for obvious reasons.

The motorcycle now uses a rerouted exhaust system. As seen before, the header pipe now doesn’t run parallel to the engine, but is pointed downwards as seen on the conventional setups.

From under the engine it goes back towards the muffler. This change, on the other hand, must have also affected its overall ground clearance since the belly-pan has been redesigned which now makes room for the exhaust. At the same time, the official website figures quote that the ground clearance hasn't changed from 220 mm.

Apart from this, the bike has turned slightly heavier and it now weighs 157 kg, while the previous model measured at 154 kg.

In other updates, the company has taken down several products from its official line-up. Also its 200 cc motorcycles such as Xtreme 200S, Xtreme 200R and more, have been temporarily taken down from the website. (Read full report here).