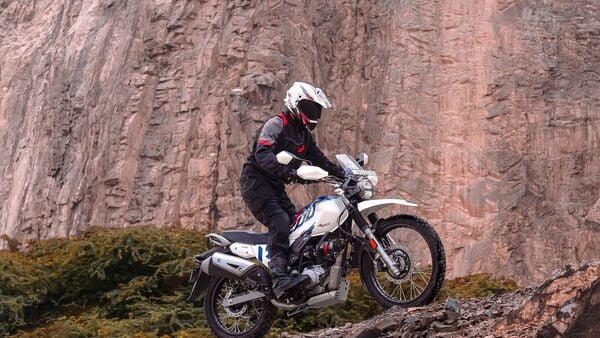 Hero MotoCorp has updated its popular XPulse 200 4V adventure motorcycle with a new projector headlamp setup. The company has added this update specifically for the Turkish market. Despite the updated design for the DRL, the motorcycle has retained the LED lighting. The latest model update was shared on the company's Turkish Instagram handle. While the Indian-spec model still lacks the update, expect the same to be announced sometime in the future.

The updates on the motorcycle remain limited to the headlamp design, and the rest of the details remain the same. It retains its key features and highlights including stylish graphics, off-road-spec hardware, and a Bluetooth-enabled instrument cluster with turn-by-turn navigation.

At the heart of the bike also continues to sit the same 199.6cc, single-cylinder, oil-cooled engine which has been rated to deliver 18.8bhp of power and 17.35Nm of peak torque. In India, the motorcycle is currently priced at ₹1,32,350 (ex-showroom, Delhi).

Meanwhile, Hero MotoCorp recently informed that its consolidated profit after tax (PAT) declined by 30% to ₹621 crore for the fourth quarter ended March 2022 on account of lower sales. The Splendor-maker had previously informed managed a PAT of ₹885 crore in the same period of 2020-21 fiscal.

The company sold 11.9 lakh units of two-wheelers in the last quarter of FY22. This is a drop of 24% from 15.68 lakh units in the corresponding period a year-ago.