The new Hero XPulse 200 4V is currently open for orders at the company's official online sales platform – eSHOP.Apart from the latest price hike there has been no other update on the Hero XPulse 200 4V.
By : HT Auto Desk
| Updated on: 21 Jan 2022, 04:22 PM 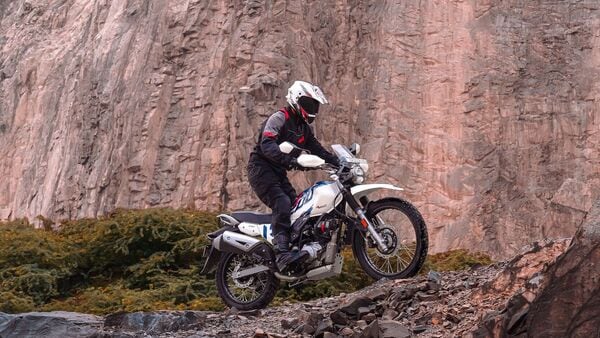 Only recently Hero MotoCorp announced that it has reopened its order books for the second lot of the new XPulse 200 4V motorcycle. The India's largest two-wheeler maker has now also silently updated the pricing of the motorcycle as previously it was launched at ₹1,28,150 (ex-showroom, Delhi), but now the pricing has been updated to ₹1,30,150 (ex-showroom, Delhi) making it ₹2,000 costlier. The new XPulse 200 4V is currently open for orders at the company's official online sales platform – eSHOP.

Apart from the latest price hike there has been no other update on the motorcycle which comes in three colour options Trail Blue, Blitz Blue, and Red Raid.

At the heart of the motorcycle continues to sit its 200cc, single-cylinder, four-valve, oil-cooled engine that is responsible for delivering 18.8bhp of maximum power at 8,500rpm and 17.35 Nm of peak torque at 6,500rpm. The engine comes mated to a five-speed transmission unit. The new 4-valve Xpulse 200 gets an oil-cooled engine which has been claimed to deliver a better mid and top-end speed range thanks to the additional engine valves.

Some of the key features on Hero's adventure offering include an LED headlight, a Bluetooth-enabled digital instrument cluster, an LED taillight, and a single-channel ABS. One of the key highlights of the Xpulse 200 ADV is its long travelling suspension, 190 mm at the front and 170 mm at the rear. Also, it runs on large-sized 21-inch front and 18-inch rear spoke wheels.